Mr Sanni Okanlawon, the Special Adviser to Gov. Ankinwumi Ambode on Food Security, told the News Agency of Nigeria (NAN) in Lagos that women would also benefit from the fund.
Okanlawon said that the N25 billion was to bridge the employment gap in the state, and to serve as a catalyst that would engage creative and innovative energies of Lagosians.
The aide said that the N25 billion, spread across four years, would have a N6.25 billion to be disbursed annually especially among entrepreneurs in the agriculture sector.
“The N25 billion Lagos State Employment Trust Fund has been staggered on a yearly basis, to the tune of N6.25 billion annually. 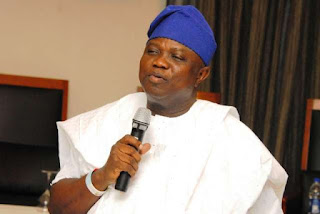 “Youth farmers are definitely going to benefit from it because it is meant for them, as well as for other youths and women who have one vocation or the other.
“Youths with the intent of doing entrepreneur activities are all going to benefit in one way or the other; that is why we are employing all our youths, to make sure that they build capacity.
“They must develop one vocation or the other, especially, in the agricultural value chain,’’ he said.
Okanlawon urged young farmers to draw up business plans, and apply to the LSETF for funding, saying that disbursement would commence in September.
NAN reports that on May 8, the state government had announced that it would start disbursing N6.25 billion as loan to interested unemployed youths by September.