The launch, in July this year, of a military operation code-named “Operation Harbin Kunama”, in Zamfara state as part of measures to battle cattle rustlers has provided succour to victims of banditry. 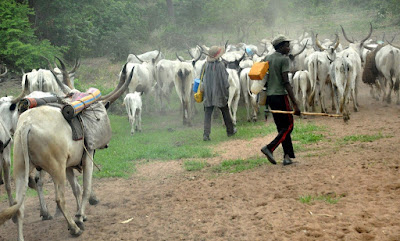 Let me use this occasion to reiterate that government is determined more than ever before to deal decisively with any threat to the security of this nation from any quarters.  Part of the reasons I am personally here in Zamfara State, is to flag-off the military operations aimed at rooting out the menace of cattle rustlers and armed banditry”
These were the words of President Muhammadu Buhari, when he visited Zamfara state, on the 14th of July, 2016, to launch military offensive against criminals who have turned the state into a field for mindless killings and other criminalities.
Understandably, residents of Zamfara and neighbouring states who have continue to bear the brunt of the orgy of violence perpetrated by the cattle ruslters, heaved a sigh of relief when the military launched its operation. 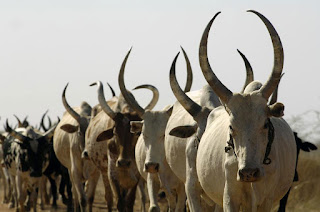 More than anything else, the operation underscored the fact that the action of the rustlers is a criminality, pure and simple. And it has to be confronted and defeated.
To the farming citizens of Zamfara state, this was a heart-warming and hope raising massage contained in a speech made by president Buhari when he visited the state on July 14th this year; it was indeed a massacre that brought deep relief to all the farming communities across the state.
During a speech to flag-off the military operation in the most volatile area of Dansadau emirate, president Buhari reaffirmed his resolve to ensure uprooting the criminal enclaves of the cattle rustlers and rid the state of the menace to prepare safe environment for secured farming activities.
The president sympathize with the people of this area “for the enormous losses they suffered as a result of the incessant activities of the insurgents and cattle rustlers whose actions have made farming, livestock management and other economic activities more difficult even in the face of the general economic challenges”,
“I am quite optimistic that the operations of the last few days will surely lead to the restoration of economic activities of surrounding communities bedevilled for some time now by the menace of cattle rustling and banditry”, he emphasised.
He commended the Chief of Army Staff, Lieutenant-general Yusuf Buratai for this foresight and initiative for mobilizing adequate resources to ensure precision in the conduct of the exercise. 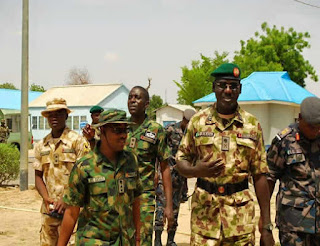 “ I also applaud the collaboration with sister services and other security agencies in order to degrade and decimate the miscreants. I urge you to intensify and perfect current strategies, approach, to ensure crushing the menace” he concluded.
But few weeks ahead of the presidential visit however, the echoes of the loud cry made through  the Media by the erstwhile Senator for the Zamfara central Hon. Muhammad Saidu Dansadau, over the deadly activitiess of the cattle rustlers in the state, was loud enough to attract immediate intervention of the federal government to come to the rescue of the peasant farmers across the state.
The Senator had every reason to have loudly made a case and relay it across to relevant authority in view of the alarming security challenge facing peasant farmers, posed by the incessant attacks and killings, associated with colossal theft of huge number of cows by the bloody cattle rustlers.
The menace of cattle rustling in the state had reached alarming dimension and had evidently remained a major threat to this year’s faming season, as there was almost Zero hope for farmers to even risk going near their farmlands.
This was because in the circumstance, the dreaded cattle rustlers, who branded their operation as “Noma Haram”, had distributed warning letters to the peasant farmers through their respective emirs, village and ward heads, to stay away from making any attempt to work their farms this year, prescribing death penalty against  any farmer who refuses to comply.
Already, several Village communities were sacked by the rustlers as according to official record by NEMA last year, no fewer than forty-five communities, women, children and able bodied youth were forced to flee their localities for safety.
The situation became so unbearable despite the combined efforts by the military/police joint  taskforce aided by the state government, but the menace continue unabated.
Since the formal flag-off of the military operation in the state by the president last two months, little was now heard of any more attacks by the hoodlums, just as the military force continued to weaken their strength and reducing their number as quite a number of them were killed.
The development yielded tremendous success more than ever before, as farming communities begun to return to their respective villages to safely start preparation for the usual farming activities.
A large scale farmer Mallam Tas’u Musa told our correspondent that the timely intervention by the federal government in taking military steps to fight and chase out the cattle rustlers was a blessing to all farming communities in the state.
One of the fleeing farmer from Ruwan Mesa village of Maru local government area of the state who now retuned to his village from Sokoto after spending several weeks away as a refugee, Labor Idi said he is now once again resettled and feeling safe to survive as casual.
“Before our village was attacked and sacked by the gunmen, majority members of the community had already planted their crops, but the sudden attack and indiscriminate  killing of of the people forced us to vacate the village, abandoning our farms”, he lamented.
He said he is now happy to expect a very good bumper harvest, as farmers across the state have no option than to be grateful to Allah for the blessed farming season, adding that, “the military operation in the state, particularly in the most volatile area of Dansadau district, has helped tremendously in making this year’s farming season possible.
In his observation, the chief farmer of the state who is the traditional head of association of farmers in Nigeria, Alhaji Hassan Muhammd Kwazo lamented that in the year 2014 estimates, over 250,000 individual farmers who could have worked between two to three hectares, did not participate in the year’s farming due to the incessant terrorists’ attacks. 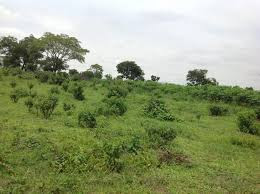 He said this accounted for the loss of over 1.5bn kilo grams of rice and over 700 million kilo grams of assorted cereals like guinea corn, millet and millet within the year under review, and this he said, “if this reflects the Loss incurred in only Zamfara state, what a huge loss could we imagine incurred from the far North-West where insurgents activities are more pronounced”
He lamented that if such huge amount of food crop could be lost in Zamfara alone, “how much loss could be imagined to be the experience in the whole North-West zone”, considering the fact that the states within the zone comprise of those where the Rustlers’ activities were more pronounced.
Hassan pointed out that Zamfara, which is recognised as one of the major food producers of the Nation, “was persistently being terrorized, just as peasant farmers have continued to be scared away from the annual farming activity by the cattle Rustlers”, he noted, “but now situation has satisfactorily improved as things have returned to normalcy”.
To the credit of the military and indeed, other security operatives, residents of the worst hit areas appear to be heaving a sigh of relief as the killings have been abated with normal economic activities gradually but steadily picking up in the affected communities.

AgroBusiness Times - December 31, 2014 15
Government Farmland , There exists at least one million hectares of government owned farmland available for farming in remote villages across Nigeria. These plots of...

Reduction in MPR still not good for agriculture —Stakeholders