On Monday, the USDA indicated that the U.S. corn and soybean harvests are running below their average paces. For soybeans, 73% of the crop is rated good/excellent, equal to a week ago. USDA pegged the nation’s soybean crop as 46% dropping leaves, compared with 43% five-year average.

Al Kluis, Kluis Commodities, says that today’s report is slightly friendly for tonight’s farm markets.
Corn harvest is lagging behind normal in the central Corn Belt because of the very wet conditions. And very few soybeans have been harvested in the central Corn Belt. “It has just been too wet,” Kluis stated in a comment to customers. 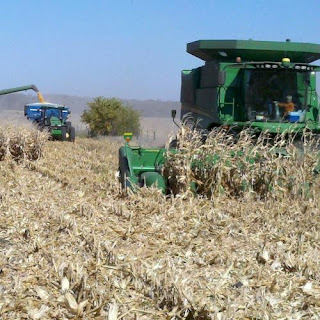 Kluis adds, “Today’s report is a little positive for prices tonight. I expect corn to start out unchanged to 1¢ higher. The report is slightly positive for soybean prices. I look for soybeans to be 1¢ to 2¢ higher tonight based on this news,” Kluis stated.
USDA pegged the U.S. spring wheat harvest as 98% finished. Winter wheat plantings are 17% complete vs. a 16% five-year average.
USDA Crop progress and condition estimates are based on survey data collected each week from early April through the end of November. The nonprobability crop progress and condition surveys include input from approximately 4,000 respondents whose occupations provide them opportunities to make visual observations and frequently bring them in contact with farmers in their counties.

Based on standard definitions, these respondents subjectively estimate the progress of crops through various stages of development, as well as the progress of producer activities. They also provide subjective evaluations of crop conditions.

In the map below, you can see which states are ahead of the national corn harvest percentage, shown in green, and which ones are behind, shown in red. To see the numbers for each state, view the full map here. 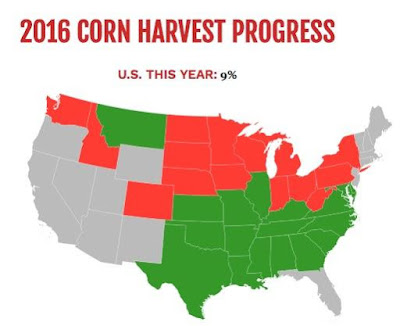 This soybean harvest map shows the same statistics.  Click here to see the numbers for each state. 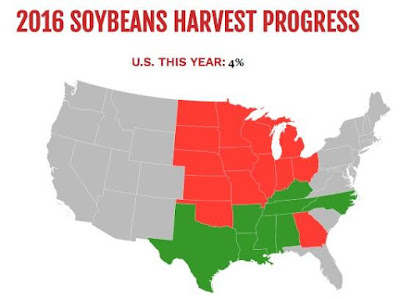 ‘Why food prices are very high’

Why sale of paraquat must be banned – Commissioners