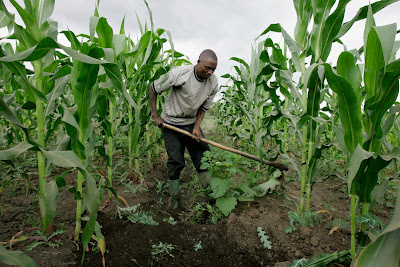 Nagwari who stated this at a ministerial briefing in Sokoto on Wednesday added that the loan was accessed from Zenith Bank.
He said the loan would specifically go to rural farmers to enable them to purchase basic farming inputs for the cultivation of crops for domestic consumption and export.
He added that a committee had been constituted to ensure that only genuine farmers benefited from the loan.
The commissioner stressed that the

State Government was determined to provide state-of-the-art equipment to modernise farming in the state.

He also said the government was poised to encourage youths’ participation to promote all year round farming.

AgroBusiness Times - December 31, 2014 12
Government Farmland , There exists at least one million hectares of government owned farmland available for farming in remote villages across Nigeria. These plots of...

How To Build, Maintain Soil Fertility

Niger procures N1.243b worth of fertilizer for farmers in two years