The Minister of Agriculture, Mr. Audu Ogbeh, stirred controversy when he told Nigerians that  the Federal Government would import grass from Brazil for ranches and grazing reserves in Nigeria.

Speaking at the inaugural townhall meeting in Abuja on June 9, 2016, Ogbeh said the move would ensure that cattle produce quality meat and milk for local consumption. He said: “Grass is not just grass. If the grass does not have 15% good protein, amino acids and other necessary nutrients, it is then not good enough for the cow to eat”.
While it is good to enhance the quality of meat and milk produced locally since the nation has decided to embark on diversification of the economy, the minister’s intention on the surface looks genuine. But it raises fundamental questions that need to be first examined. At a time when the nation is struggling to conserve its foreign reserve, importing grass is not a priority.
In any case, the grazing reserves issue has not been settled. If anything, many parts of the country have risen in vehement opposition to the Bill that is still being debated at the National Assembly. Besides, the issues around the ranching policy have also not been agreed. We must wait for these to be concluded before we decide if the importation of grass is a necessary next step. We must not put the cart before the horse. 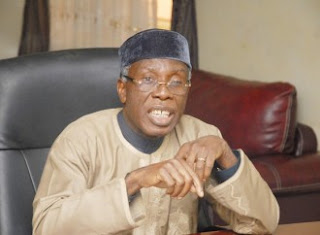 The Central Bank of Nigeria (CBN) last year, in a bid to conserve scarce foreign exchange, announced 41 items on which it would not issue foreign exchange for their importation. Though these items are required by Nigerians for their daily socio-economic livelihood, their import restriction is meant to encourage Nigerians to look inwards and produce local substitutes for them. We must make do with our local varieties of grass to feed our cattle. If need be, we should encourage our research institutes to provide our own home-grown high quality grass for our livestock.
We need to reiterate our firm belief that animal husbandry is a business just like any other. We are strongly opposed to the idea of the Federal Government getting involved in the importation of inputs with public funds to gratify those in the animal farming business when no such favour has been extended to people in other areas of business and economic activities. This is patently partial and has unwholesome political connotations. Those in the cattle business must not be given special treatment while others are neglected.
The Federal Government must restrict itself to making policies that will encourage people in all areas of economic activities to flourish. Government should provide all necessary assistance without getting directly involved in ways that smack of political favouritism.

AgroBusiness Times - November 28, 2016 0
The agriculture industry is an industry that has loads of business opportunities for investors and aspiring entrepreneurs. As a matter of fact, any serious...

Why we are making agriculture attractive to youths – FG

Agrobusinessngr.com is Nigeria’s premier national magazine on agriculture and its related businesses. To fight poverty, hunger and starvation, by encouraging more Nigerians to engage in the business of food production.
Contact us: [email protected]
© 2014-2020, AgroBusiness Times - www.agrobusinessngr.com
This website uses cookies to improve your experience. We'll assume you're ok with this, but you can opt-out if you wish.Accept Read More
Privacy & Cookies Policy
Necessary Always Enabled
MORE STORIES