Bumper corn and soybean crops are expected in the United States this fall but the harvests will likely fall short of records projected by the U.S. government, according to estimates released on Friday from farm advisory service Pro Farmer at the end of its annual Midwest crop tour. 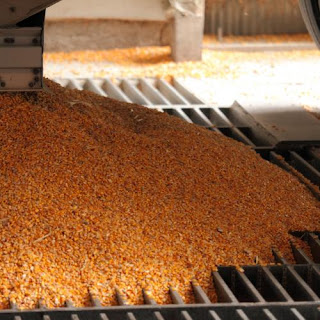 Pro Farmer predicted that average corn yields will be 170.2 bushels per acre, or enough to produce a record 14.728 billion-bushel crop, at the end of a four-day tour of seven major production states in the Midwest.

But the figures were short of the U.S. Agriculture Department’s latest forecast of 15.153 billion bushels on a yield of 175.1 bushels per acre.
Pro Farmer projected soybean production at a record 4.093 billion bushels, based on an average yield of 49.3 bushels per acre, above USDA’s August outlook for a 4.060-billion-bushel harvest with an average yield of 48.9 bushels per acre.
“With a normal finish to the growing season, the soybean crop stands to benefit more from weather than corn,” Pro Farmer said in a statement, citing recent rains in the Corn Belt.
“Much of the corn crop is too advanced in maturity to benefit much if late-season weather is favorable.”
The annual tour’s results are widely viewed as a landmark assessment of the U.S. corn crop as it makes field-level observations across states that account for roughly 70 percent of national production. The tour sampled fields in South Dakota, Nebraska, Iowa, Minnesota, Illinois, Indiana and Ohio.
Yield projections that fell below USDA expectations in Iowa, Nebraska and Minnesota will likely keep the crops from hitting new records, said Brent Judisch, a farmer from Iowa who was on the tour.
“When three of your big five (production states) are off a little bit, that is going to add up eventually to a smaller crop,” Judisch said. 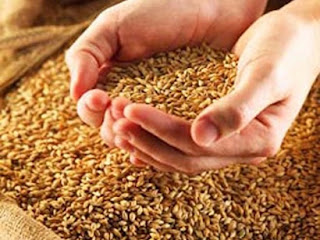 Forecasts for record-large crops have already dragged soybean prices to multi-month lows this summer, while corn has hit seven-year lows. The big yields could depress prices further, potentially triggering claims on crop insurance policies that protect farmers against a drop in revenue.
“Certainly it will be tough on the farmer, because they will have razor-thin margins,” said Mike Day, business head of Rural Community Insurance Services.
Benchmark Chicago Board of Trade November soybean futures shed nearly 4 percent this week on tour reports of stronger-than-anticipated crop prospects. December corn futures dropped more than 5 percent in the week.

AgroBusiness Times - March 2, 2016 1
Soybean is one of the foods that are rich in protein. Many things can be extracted from it. Things like oil, adhesive substances, etc. Without...