A major rice dealer in Umuahia, Chief Anthony Ndubuka, has expressed optimism that the price of rice would soon fall in Nigeria. 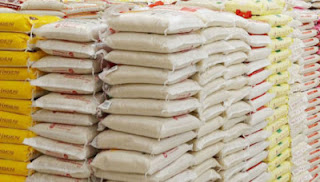 Ndubuka expressed the optimism in Umuahia on Thursday while speaking on the high price of the grains in the country.
He said that the grains would become affordable as soon as farmers began to harvest the grains in the next few months
He said, “I am confident that there will be a bumper harvest this year. So, by November, the price of the commodity will definitely come down.”
Ndubuka expressed concern that the astronomical price of rice had made it unaffordable in many homes.
He said, “Rice is a staple food in many families in Nigeria.
“It is children’s favourite, but the commodity has become unaffordable because of its astronomical price.
He traced the scarcity of rice to the ban on importation of the grains by the Federal Government. 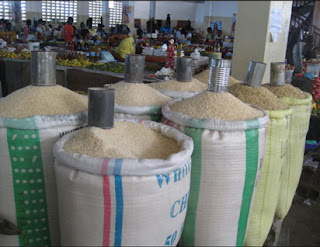 The rice dealer said that the inability of the local rice producers to fill the gap, caused by the ban, compounded the situation.
He said, “This explains why the price of rice in the country has gone beyond the reach of the common man.”
Ndubuka also said that the scarcity posed serious challenges to rice farmers and manufacturers in the country.
“Luckily, many farmers have braced the challenge, so there will be plenty of rice this year,” he said.
He said that the scarcity of foreign rice, after the government’s ban, led to increased demand for local substitutes.
The rice farmer said that although the ban on importation was expected to boost local production and demand, government should have taken measures to bridge the gap. 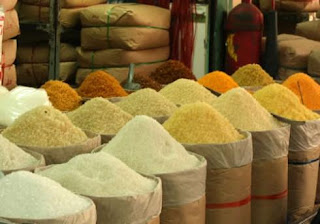 Ndubuka said that the grains were still being smuggled into the country in spite the ban.
“The smuggled rice are re-bagged at the borders by smugglers to evade arrest,’’ he said.
He urged the Federal Government to give incentives to rice farmers to boost output and quality of the grains and make them affordable.
In Umuahia, a bag of local rice now sells for between N18, 500 and N20, 000 as against previous price of N5, 000 and N6, 000.

How To Start Beans farming In Nigeria