FOOD and Agriculture Organisation (FAO) Director-General José Graziano da Silva has said that declining prices could thwart international efforts to eradicate hunger and extreme poverty unless steps are taken to guarantee decent incomes and livelihoods for small-scale producers. Globally, food prices are believed to be back to their long-term downward trend in real terms, as supply growth outpaces demand.

This follows the price surges experienced during the 2008-12 period and a prolonged period of volatility in food markets, Graziano da Silva told Agriculture and Trade Ministers and other government officials and experts, attending a high-level meeting on agricultural commodity prices at FAO’s headquarters in Rome. “As policy makers, you are confronted by the challenge of keeping nutritious food affordable for the poor, while ensuring good incentives for producers, including family farmers,” he added. “Low food prices reduce the incomes of farmers, especially poor family farmers who produce staple food in the developing countries.
This cut in the flow of cash into rural communities also reduces the incentives for new investments in production, infrastructure and services,” the FAO Director-General said. He underscored the need to consider the current decline in agricultural commodity prices in the context of the international community’s efforts to achieve the 2030 Agenda for Sustainable Development and the Sustainable Development Goals.
Make trade  work for all
In a video address to the meeting, World Trade Organization (WTO) Director-General Roberto Azevêdo said that “under the right circumstances” trade provides people with opportunities to join global markets and helps to create incentives for producers to invest and innovate. 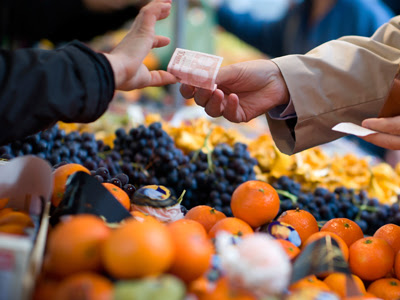 The “historic decision” struck in Nairobi in December 2015 by WTO members to eliminate agricultural export subsidies, according to Azevêdo will “help level the playing field in agriculture markets, to the benefit of farmers and exporters in developing and least-developed countries.”
On his part, Graziano da Silva pointed to the potential of trade in contributing to global food security and better nutrition, specifically underlining its potential role as an “adaptation tool” to climate change – countries that are projected to experience decreasing yields and production due to climate change, will have to resort to the global markets to feed their populations. But the FAO Director-General also noted that increased openness to trade “can also bring risks”. If not well managed, it “can undermine local production and consequently the livelihoods of the rural poor”. 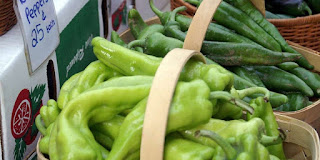 The elimination of agricultural export subsidies that affect prices in global markets could be one way to improve trade so that “it benefits small farmers in developing countries and creates prosperity in rural areas.” Graziano da Silva said.

Social  protection
With demand representing one of the most powerful drivers of food prices, an essential way to make these more remunerative for producers, yet affordable for consumers, is to promote and strengthen targeted social protection programmes and other schemes such as food vouchers, the FAO Director-General said.
“The aim of these poilices is to build a virtuous cycle of local production and local consumption,” he added To succeed, such measures need strong collaboration between the institutions responsible for agriculture, rural development, trade, the environment, nutrition, health and social security, Graziano da Silva said.
Price swings and other scenarios
To better develop future scenarios on the long-term behavior of agricultural commodity prices, Graziano da Silva said that FAO seeks to boost its modelling systems to better understand possible price swings and changes in trends and assist countries to formulate appropriate policies.

AgroBusiness Times - May 15, 2020 1
Beekeeping is a business opportunity with social, economic, and ecological benefits that requires min­imal time, labour, and resource.   For its immense relevance to human health...

How To Grow Pumpkins For Profit