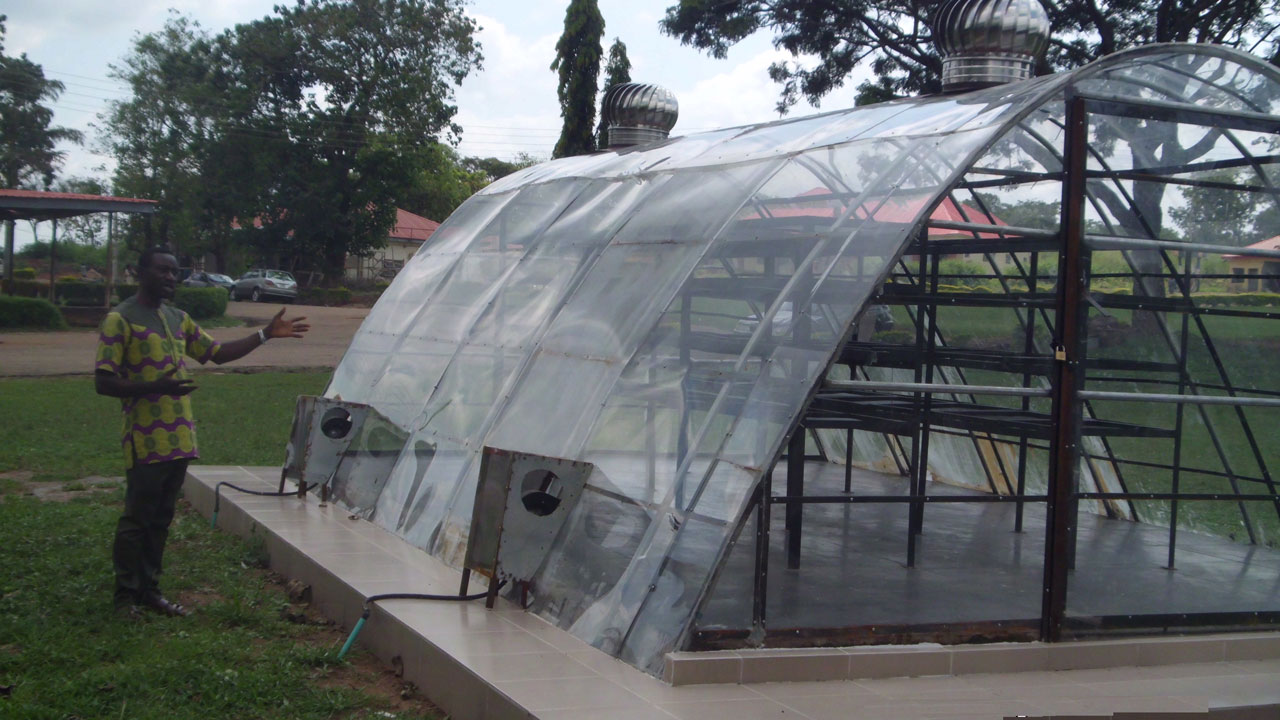 As part of the efforts to reduce monumental post-harvest losses in the agricultural sector, the Nigerian Stored Products Research Institute (NSPRI) has unfolded an improved multi-purpose solar dryer it calls multi-crop dryer.

Dr Olayemi Folorunsho, Head of the Engineering Research of the institute, explained that the solar dryer is made of transparent acrylic polythene materials which are able to generate solar heat capable of drying most of the agricultural perishable crops.

In a report on world production of the crop, tomato is said to be the world’s most plentiful fruit, with more than 130 million tonnes produced every year, mainly in China, India, the United States of America, the European Union and Turkey. These countries account for about 70% of global production, with next to zero wastage as a result of the well developed preservation and processing technologies.

However, Nigeria’s annual tomato harvest is estimated to be around 1.5 million tonnes, out of which about 900,000 tonnes are wasted each year. Conservatively estimated, the country is said to be losing about N28 billion worth of tomatoes annually.

Talking of the advantages of the dryer, Folorunsho said the technology would help in drastically reducing food wastage in the country; would increase the profitability of farmers because they would have more products to sell and they could sell at their desired period; and that after the cost manufacturing, the usage is cost-free because it neither uses diesel nor petrol or gas as power source, making the device the most economical means of preserving food so far.

The innovative dryer has two aspirators to suck away moisture (evaporated water) from the dryer. It also has two solar powered fans to circulate heat evenly in the oven, and the insulated floor is built with polyurethane materials to avoid heat escape.

The dimension of the dryer is 24×18 feet, and it is said to have a capacity to contain 80 kilogrammes of raw matters in a batch, depending on the farm product being dried.

Traditional cash crops like fermented cocoa beans and cashew nuts could be dried in the oven, just as cereals, grains, low-fat fish, and leafy vegetables.

Leafy vegetables are dried in about five hours; beans, powdered pap, unripe plantain, carrots, ginger roots and garlic are also perfectly dried in four days. Also among the vegetables the device can dry is okra.

Mango chips, peppers, tomatoes and onions are dried in about three to five days in a very hygienic condition.

Comparatively, the solar dryer is not only more economical but also more environment-friendly than other forms of dryers such as flash dryer, gas dryer or hybrid dryer. The other dryers uses electricity, diesel/kerosene or gas to power the ovum, thereby contributing to one form of environmental pollution or the other, while solar drying system is absolutely renewable and friendly.

AgroBusiness Times - February 22, 2018 0
Red Palm Oil Tree Plantation is one of the most useful plantation in the world. Nothing in palm tree that is not useful, from...

Starting A Goat Farm: What To Look For When Stocking

We Will Not Import Rice In Next One Year – Osinbajo