The Executive Director, Forestry Research Institute of Nigeria (FRIN), Dr. Shola Adepoju, has urged Nigerians to return to agriculture, describing it as the hope of the country. 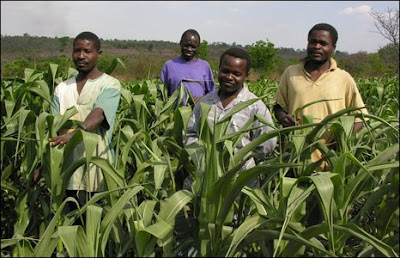 Making this declaration at the third Prof Peter Adebola Okuneye Intervarsity Debate (PAID 2016), organised by the Agricultural Economics’ Student Association (AECOSA) of the Federal University of Agriculture,Abeokuta (FUNAAB), Adepoju, who was the chairman on the occasion, said agriculture held the hope for the country.
He said: “Agriculture is the hope for Nigeria now because that is what everybody has gone back to, but unfortunately, it is not the day we start up that we start to get the result from it.” He stressed the need for government to expedite action towards the approval and disbursement of the country’s agricultural budget.
He lamented that any further delay in the disbursement might result in funds not reaching the appropriate quarters and achieving the set targets before the rain stops.
The Vice-Chancellor and President, Association of African Universities (AAU), Prof Olusola Oyewole, described the theme of the debate: Transition in Government: What hope for agriculture? as apt, given the indispensable role of agriculture to the nation’s economy. He challenged students of the university and particularly, students of the Department of Agricultural Economics and Farm Management (AE&FM), to always set the pace in agricultural advancement and development in the country. 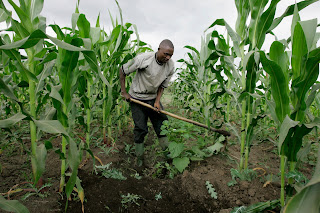 “The theme is very apt for such a time as this, being that we are in a transition, and at a time where there are many challenges facing the country that can be solved through research. We are also at a time when the agricultural system of this country needs attention,” he stated.
Oyewole praised the former Dean, College of Agricultural Management and Rural Development, Prof Adebola Okunneye, whom the debate was meant to honour, for ensuring its sustainability and improving on it with the presentation of awards to deserving agriculturists, who have distinguished themselves in the field of agriculture.
Explaining the rationale behind the third PAID programme, Okuneye said it was to analyse how well agriculture had fared in the country and proffer solution on the way forward.

What to Feed Your Goats

Nigeria’s Economy May Have Expanded In Second Quarter, NBS Says