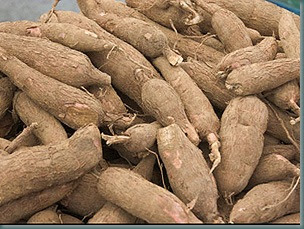 Adewumi stated this in an interview with the News Agency of Nigeria (NAN) in Abuja on Monday.
He said that, cassava which was one of the most reliable cash crops in the world that could also be used to trigger industrial revolution and solve Nigeria’s economic problems.
Adewumi lamented that the country spent over N600 billion yearly to import ethanol and starch which were cassava derivatives that could be processed and sourced locally.
According to him, cassava has over 20 food types and three major industrial products like ethanol, starch and cassava flour which are raw materials for other products.

“Government should pay more attention to cassava, it has been neglected.

“By the time cassava is accorded the needed attention, it will take over crude oil. We have been trying to set up industries that will utilise cassava for the benefit of this country,’’ he said.
Adewumi therefore called on both the Federal and State Governments to provide lands for farmers to boost mechanise cassava farming. The national president noted that modern cassava cultivation required mechanisation to meet up with international best practices.
He further disclosed that making cultivable land available to cassava farmers would improve yields and create employment.
“When we import, we are exporting our job opportunities. The government should encourage setting up of industries and mechanise cassava farms. “I do not expect the government to give us free money, but to provide enabling environment by making loans and lands available.
“The only area where the government can come in with money is provision of infrastructure.
“ By the time we begin to have 500,000 hectares for mechanisation, the country will get out of this foreign exchange problem,’’ he explained.