In view of the present economic recession and effort to ensure food security, the Niger state government has commenced  the resuscitation of 17 irrigation schemes across the State even as the state is set for partnership  with Bill and Melinda Gate foundation in Agriculture and Healthcare .
The  State Commissioner for Agriculture and Rural Development, Alhaji Aliyu Abdullahi stated this over the  weekend at a one-day interactive session with the Economist/Primary Health Care Adviser of Bill and Melinda Gates foundation, Mr Benson Obanyo powered by the Commissioner and deputy Chairman of the state Planning Commission Alhaji Muhammadu Nda in Minna.
Abdullahi disclosed that Niger State is dominantly agrarian and therefore requested Bill and Melinda Gates to focus chunk of its intervention on Mechanised agricultural production, storage and modern marketing systems.
He further stated that Niger State Government was fully committed to the development of modern irrigation system of farming in order to ensure dry season and all year-round farming in the State.
The Commissioner, of the  State’s  Planning Commission, Alhaji  Nda in his address assured all International Development Partners intervening in various sectors in the State of the Government’s unflinching support and cooperation. 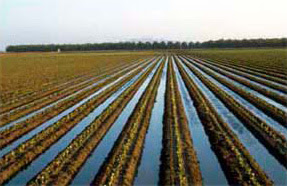 Nda observed that in the past, so much emphasis was placed on technical and logistic support by the International Development Partners to the detriment of real time interventions.
He therefore called on Bill and Melinda Gates to shift its focus of intervention from capacity building and other forms of technical support to value adding programmes and projects that would have direct bearing on the citizens of Niger State.
The  Economist and Primary Health Care Adviser of Bill and Melinda Gates, Mr Benson Obanyo, told the government officials  that he was in the State to collect social statistics, economic indices and other relevant data of the State with particular reference to Health and Agricultural sectors.
He said  that the data collected would be used to assess the State with a view to determining the level of intervention it requires, adding  that Bill and Melinda Gates is currently assessing four States of  Kano, Kaduna, Niger and Lagos in Nigeria in  that aspect.

AgroBusiness Times - August 10, 2020 1
Introduction While for some people, insects might seem unappealing, so many creepy crawlies are beneficial insects for your garden. There are some bad bugs in...