The Food and Agriculture Writers Forum of Nigeria (FAWN), has viewed with deep concern the spiraling prices of food, increasing hunger and malnutrition arising from unfavourable investment climate and weak naira that has affected the agro-allied sector particularly. 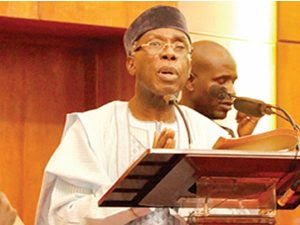 It has therefore, called on the Federal Government under President Buhari to consider modifying the operation of the Treasury Single Account (TSA) to ease cash flow in favour of agricultural production in the country. It said that while Nigerians play the waiting game to see the nation leverage on agriculture as a game changer in the quest for diversification, the government should tweak the management of the TSA to tilt towards more profitable agro-allied activities using the banks

In a release signed by the Coordinating Secretary, Mr. Fabian Odum, Food and Agriculture Journalist and Media Consultant, the Forum, noted as well that the increasing rate of inflation has also shrunk the purchasing power of the Nigerian consumer on a weekly basis, leaving little to cheer as the nation marks her 56th independence anniversary.
The forum believes that with proper monitoring and supervision, agriculture sector players would access more credits, very low digit interest rate loans through the banks. It observed that young agropreneurs and agriculture SMEs would face reduced hurdles and increase rapport with the usual banking channels.
The Federal Ministry of Agriculture and Rural Development (FMARD), the policy arrowhead, it observes has been handicapped by funds and would not overly press the Executive for it even when it is absolutely necessary to create good environment for production empowerment.
For instance, the plan to reduce wheat importation by 50 per cent in 2017/2018 remains a dream because the fund needed to finance the procurement of about 15,000 metric tons of seed to cover 150,000 hectares estimated at over N2bn is unavailable.
Effectively, only Kano and Zamfara states made attempts of the 13 wheat-growing states to do the crop at the launch of the CBN Anchor Borrowers scheme, December 2015.
To further bolster dollar earnings and shore up the naira through agriculture, the forum called for support for growing and export of cashew, mango, sesame, ginger, garlic, flowers among others including processed aquaculture products targeted at ethnic markets in Europe and north America.
FAWN said the nation can, and would get out of recession and economic slide if leadership would create the environment to encourage and protect players in the sector and act as if oil were a distraction.