Minnesota’s governor on Friday ordered the broadest restrictions yet in a U.S. state on the use of agricultural pesticides that have been blamed for hurting bees, fueling concerns that farmers there will not be able to protect crops from insects. 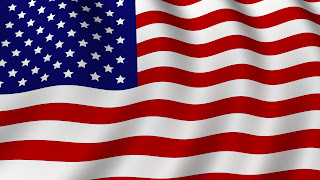 Governor Mark Dayton issued an executive order that requires farmers to verify that they face “an imminent threat of significant crop loss” before using the chemicals, called neonicotinoids.

Details of how farmers would prove their need have not yet been determined.

Minnesota, the country’s third-largest soybean producer, carried out a special review of neonicotinoids that prompted the new limits, the first U.S. state to do so.
Honeybees have been in serious decline in the U.S. for three decades, threatening billions of dollars in crops. In recent years, their death rate has become economically unsustainable, according to the U.S. government.
A survey of more than 20,000 honey beekeepers conducted by the U.S. Department of Agriculture and released in May showed there were 2.59 million or 8% fewer honey bee colonies on January 1, 2016, than the 2.82 million a year earlier for beekeeper operations with five or more colonies.
Honeybees pollinate plants that produce about a quarter of the food consumed by Americans.
“Minnesota just became the national leader in protecting pollinators,” said Lex Horan, an organizer for Pesticide Action Network, a U.S. activist group. 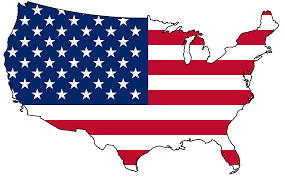 Restrictions on neonicotinoids come two years after the European Union limited use of the chemicals, made and sold by companies including Bayer CropScience and Syngenta, after research pointed to the risks for bees.
Neonicotinoids are used worldwide in a range of crops and have been shown in lab-based studies to be harmful to certain species of bees, notably commercial honeybees and bumblebees.
The chemicals can be sprayed on crops to fight insects, but it is more common for U.S. farmers to plant seeds treated with neonicotinoids to keep pests, such as aphids, off crops.
State officials said they want Minnesota lawmakers to grant them the authority to regulate the sale and use of such seeds, a power that now lies with the U.S. Environmental Protection Agency (EPA).
Removing the pesticides would leave farmers more dependent on a smaller number of chemicals to control bugs, said Seth Naeve, an Extension soybean agronomist for the University of Minnesota, thereby making it more likely that pests would develop resistance to those chemicals.
“We’re concerned about losing tools and a lack of flexibility to address issues,” said David Kee, director of research for the Minnesota Soybean Growers Association.

Farmers said they hoped other U.S. states would not follow Minnesota’s lead.

Paul Schlegel, director of environment and energy policy for the American Farm Bureau Federation, said the governor was “restricting the ability of farmers to use all the tools the EPA has said they can use.”
“I don’t think that we’re aware of any other state that’s going to start taking away tools from farmers,” Schlegel said. (Reporting by Tom Polansek; Editing by Toni Reinhold)