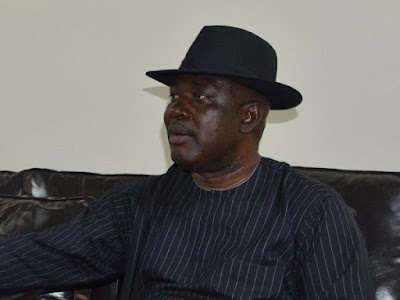 The Minister of State for Agriculture and Rural Development, Senator Heineken Lokpobiri has warned stakeholders along the food value chain on the negative effects of consuming moldy products.

He said because Nigeria has a tropical climate with all year round high temperature and relative humidity, it provides good conditions for the growth of toxigenics.
Speaking in a welcome address at a one day stakeholders sensitization workshop on the effects of Mycotoxins on agricultural commodities, health and trade, he said over the years, agricultural products have been exposed to pesticides residues and mycotoxins producing fungi resulting in several rejections of some our agricultural produce by some of our trading partners, particularly the EU.
These poisonous metabolic waste(Toxins)) produced by certain species of fungi have profound adverse effects on the health of animals and humans as they consume food from crops, poultry products, meat and fish infected by the mycotoxins molds.
He noted that the fungal poisons have resulted in human and animal illness and death, noting that the only way out from the adverse effects of the climatic factors on agricultural produce is to apply best agricultural practices at all material times.
“Mycotoxins could appear in infected crops ,meat, poultry products and fish which have not been properly stored and therefore could be consumed directly by humans or indirectly using them as livestock feeds,” he said.

AgroBusiness Times - February 29, 2016 0
The gluten in wheat flour can cause indigestion and other undesirable side effects. Since many foods are made with wheat flour, if you have...

With ABP rice pyramids, Kebbi steps up as main hub of...

How To Invest In Meat Shop Multimillion Naira Business