The Lift Above Poverty Organisation (LAPO) a non-governmental organisation said it has disbursed N11.7 billion to 70,819 rural farmers from 2007 and July 2016. 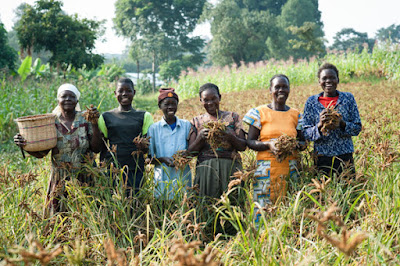 Through its programme- LAPO Agricultural and Rural Development Initiative (LARDI), rural farmers have accessed these facilities to their respective support agricultural production.
The Executive Director of LAPO, Sabina Idowu-Osehobo, said the loans were disbursed to energise the rural economy, as well as boost food production among the beneficiaries.
Idowu-Osehobo recalled that LARDI was established in May 2007 with a mandate to address challenges affecting the rural economy, such as threat to food security and inadequate extension services.
She said the beneficiaries who cuts across the agricultural value chain including livestock and cash crops were equally provided high yield inputs and extension services.
Meanwhile, all is set for the group’s yearly development programme, which has the theme: “Food Security and Sustainable Agriculture in Nigeria: Challenges and Opportunities”.
The event, slated for October 18, 2016, at the Shehu Musa Yar’Adua International Conference Centre, Abuja, is to be chaired by former President Olusegun Obasanjo.
The topic and relevance of the event being auspicious, given the diversification plan of the Federal Government, the Minister of Agriculture and Rural Development, Chief Audu Ogbeh and the Minister of State for Health, Dr. Osagie E. Ehanire would be guests of the day.
According to a statement from LAPO, food insecurity is becoming a critical issue in Nigeria, with agricultural development in the country being on a downward spiral over the years.
Citing a World Bank data, the statement noted that about 90 percent of Nigeria’s agricultural output comes from inefficient small farms, while most cannot produce enough food to feed their own families and about 65 per cent of the population is “food insecure”.
“This negative trend is attributable to general apathy, the discovery and total reliance on crude oil; and the after effects of the civil war of the late 60’s.

AgroBusiness Times - January 22, 2019 2
Are you one of those at a loss on what kind of agribusiness they can embark on in 2020 even with little capital? Soymilk...