The President of Kenya, Uhuru Kenyatta, has called on African leaders to urgently address problems afflicting agriculture to fight food insecurity and create employment in the continent, as he commits to set aside $200 million to benefit 150,000 young farmers.

Just as President Paul Kagame of Rwanda said putting agriculture sector at the centre stage of the continent’s development has the power to shape Africa’s economic future.
The two presidents spoke on Thursday, at the official opening of the 2016 African Green Revolution Forum (AGRF) at the UN Complex in Gigiri, Nairobi, Kenya.
Uhuru Kenyatta said Africa Continent is faced with incredible opportunity, but at the same time, it is faced with profound threats in almost equal measure in terms of food insecurity and youth unemployment problem.
“In the shadow of a shared, pervasive, continental challenge of youth unemployment, and in the wake of a ‘demographic dividend’ versus ‘ticking time-bomb’ debate, agriculture also provides an avenue for all our nations to open up opportunities for decent jobs, and dignified lives to millions of African youth.” 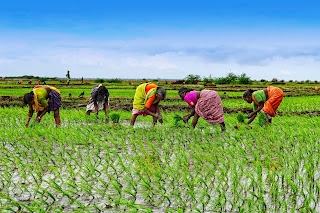 “Today, I commit to set aside $200 million to benefit especially 150,000 young farmers and entrepreneurs to access markets, adopt mechanisation, improve agriculture value addition and agro-processing in the country.”
President Uhuru added, “ as a Continent we all know the significance of this sector. We understand that it is not just the backbone of our national economies it is the bread and butter of our people.
“We are aware that growth in agriculture is up to 11 times more effective at reducing poverty than growth in any other sector.
“And we recognize that until this sector is transformed, our hopes for industrialization, for a flourishing manufacturing sector, will be little more than a pipe dream.”
He said the realization of the role of the agricultural sector in the transformation of the continent led to the agreement during the Malabo Declaration, to usher in Africa’s Agenda 2063, that emphasized the need to invest in agriculture. “We pledged in Malabo to pursue a future of prosperity that is led by agriculture.
We promised to double our 2014 agricultural productivity levels by the year 2025. We vowed to make agriculture a multi-trillion dollar industry.
“Together, we outlined a bold and daring vision for our Continent. Now, we must take bold actions to give effect to our shared dream.”
He therefore called for the streamlining of national plans and strategies to clearly align to the Malabo commitments, and to give specific time frames in which it will happen.
“It is clear that without integrating our shared continental vision into our respective domestic policies, we will not only hold back one another, more significantly, we will keep our citizens from experiencing a range of benefits.
“Today, let us make that commitment specific. I propose we pledge to mobilise at least $400 billion of public and private sector investment over the next five years. With goodwill and partnership, this is more than possible.”
President Kenyatta also called for a greater push for accountability by creating a continental agricultural performance scorecard, which will measure and track the continent’s progress against all of the commitments made through the Malabo declaration.
Speaking during a panel session alongside Kenyan President Uhuru Kenyatta and Rhoda Tumusiime, the African Union commissioner for rural development and agriculture, President Paul Kigama of Rwanda said African countries ought to view the agriculture sector not only as a sector in their economies but as the backbone of their economies and agent for transformation.
This, he said, can be done by linking the sector to other priority sectors that also have an impact on transforming the continent’s economy.

“We should not only seize the moment but continue momentum for transformation of agriculture and economies of our continent,” Kagame said. 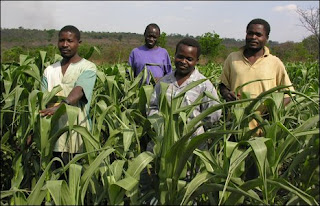 Among the ways to increase agriculture’s role in Africa’s social economic development, the President said, was to increasingly involve young people and women in the sectors value chain.
The President added that the agricultural sector can also benefit greatly by adopting technology to increase awareness as well as value of the output, which would see the sector move from a subsistence one to commercial.
“Technology is important and practical when applied to assist with something. Technology has brought about awareness and also increased the value of the output. Modernisation of agriculture is key. We have to make it much more than subsistence,” the President said.
By learning from past trends in the sector and avoiding repetition of old cycles, Kagame said agriculture can undergo a revolution, increasing its productivity and impact on the continent.
He called on stakeholders in the sector, including citizens, governments and development partners, to pool their efforts to put agriculture at the center stage of transforming the continent’s economic path.
“Let’s stop talking a lot about things and just do them. Let’s do more action and less speeches,” the President said.

Mauritius reduced its forecast for sugar output for the third time