Few weeks after the celebrated Katsina State Investment and Economic Summit, the Kasina State Government has started implementing some of the solutions reached, which placed emphasis on the development of agriculture as the main stay of the economy. 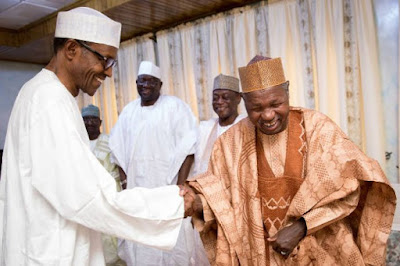 Also, recently, the state governor, Aminu Bello Masari embarked on foreign trips to China and India, where he signed Memoranda of Understanding (MoUs) with some foreign companies, largely in the area of boosting agricultural sector in the state.
The summit had called for a complete overhaul of the agricultural sector. “This is the best way to deal with our perennial problems facing the state, “said Muhammad Kabir, a participant at the summit.As a first port of call, the governor had an interface with the company handling the rehabilitation of the Katsina Water Supply scheme. He said the state government would continue discussions with the company on how to revive irrigation and water supply.
He also spoke on the dam construction in Danja community for the purpose of irrigation farming. According to the governor, “This very project has been on the drawing board for a very long time. During our campaign, we were requested by the people of Danja about construction of dam in the community, for irrigation farming.”
He explained that his initial thought on the project was that it would not be enough for the irrigation programme of the government. However, when the report was brought to him, he realised that it was a huge project meant for irrigation and water supply.
“Channels will be constructed, while the existing sugarcane factory will be upgraded, to boost sugar production for both domestic and foreign consumption. Danja Sugarcane Factory, established for over 25 years ago, was neglected by previous administrations,” he lamented.
Masari disclosed that during his recent trip abroad, one of the companies he met with signified the interest to take over the sugar factory. He was optimistic that in the nearest future, Katsina State would become a leading producer of granulated brown sugar. Investigation reveals that, the consulting firm employed by the seven states in the Northwest, Arewa Research and Development, have categorised the states according to their economic potentials for development. It shows that, cotton and rice production were identified as areas that Katsina State has advantage over others. This was why the governor said he was looking for a complete value-chain of cotton and rice production, saying the state has being identified as one with comparative advantage in the areas of cotton and rice production.
While working with other states in that area, Masari said, “African Development Bank (AfDB) and Islamic Development Bank (IDB) have indicated interest in our identified areas of comparative advantage. So Katsina State will bounce back in full force in both cotton and rice production.”
He reminded that, maize was more of a ceremonious food during their time, but as time moved on; it became a stable food with the coming of the Funtua Agricultural Project in the 1970s. He advised that it was better to eat what you have and what you can produce than to depend on somebody to give you. According to him, prices of rice had already started going down because the new rice was already in the market. He assured that between now and October, the prices of rice will relatively stabilize.
In appreciation of what the state government is doing in the agricultural sector, a group called, Greenland for Katsina, commended Masari for “his insistence on developing the agricultural sector beyond expectation.”
The Coordinator of the group Musa Dutsinma, said: “Immediately after the Katsina State Investment and Economic Summit, we were of the belief that Governor Masari would do his best, to turn around the agriculture sector. That will go a long way in creating employment opportunities for our teeming population. “On tomato production and processing, Masari said his administration would take the issue of small-scale industries involved in tomato production and processing more seriously.
He also spoke on his administration plan for wood farming saying “We have also started discussing with some interested people about wood farming. You know, wood farming is new. People did not know that if you have two hectres of wood land; and you are harvesting it every year, you make more money than the farmer.”
“There are certain types of trees that you plant that will give inexplicable returns. So, we are introducing wood farming so that people will know the benefit and the dangers of falling trees without re-planting them.”

AgroBusiness Times - January 23, 2017 0
Have you ever thought of starting your own tomato farming business in Nigeria?You may think that only the northern part of Nigeria grows tomatoes,...