Two years after devastating floods, banana planters in Ivory Coast have staged a comeback, eyeing an increase in production and new markets for the popular fruit. 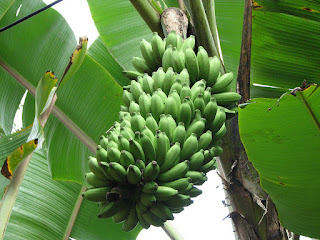 The west African country, which has grown bananas for more than 50 years, was annually exporting almost 300,000 tonnes of fruit before disaster struck.
In Nieky, a vital banana-growing region, many have scarred memories of the events of June 2014.
In fewer than 48 hours, pounding water forced the Agneby river to burst its banks, unleashing a muddy wall of water that damaged 1,300 hectares (3,200 acres) of banana fields.
The land is owned by the Banana Cultivation Research and Development Company (SCB), which accounts for 70 percent of national production.
“A quarter of our turnover was wiped out,” SCB managing director Olivier Biberson told AFP.
Thanks to a reconstruction effort that cost six million euros ($6.6 million) — 80 percent of which came from the EU — 850 hectares of bananas were replanted over 15 months and dikes were reinforced to prevent the land being swamped again.
Today, 1,400 plantation workers are back at work — jobs that feed 10,000 people.
“The situation is under control. We have managed to recover our production levels,” said Kossomina Ouattara, the plantation supervisor.
Bananas are widely grown in Africa, especially varieties that are used for cooking, while Ivory Coast has carved itself out a niche in the classic yellow “dessert” banana — and is second to Cameroon as Africa’s biggest exporter of the fruit.
– Shadow –
In 2015, the country exported nearly 300,000 tonnes of bananas, worth $285.7 million, according to industry sources, making it the world’s 12th largest exporter with 2.7 percent of global market share.
Agriculture in the country of 23 million accounts for a quarter of GDP — bananas, along with cocoa and coffee, are a vital part of the economy.
Banana planters have launched a recovery plan with a view to hiking production to 500,000 tonnes by 2020 and are hoping to build up a lucrative sub-regional market in Mali, Burkina Faso and Niger.

But a shadow lies over this scheme. 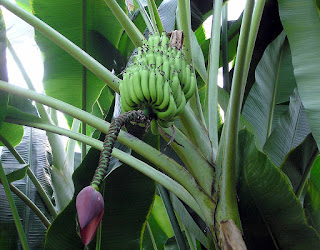 The floods have highlighted the sector’s vulnerability to bad weather, prompting some to fear the hand of global warming in driving costly disasters of this kind.
“The flooding was a consequence of climate change,” Ouattara said, explaining that the downpour was by far the worst in several decades.
Trade union activists in the SCB have been lobbying for water pumps to thwart future floods, but — true to the fickle nature of climate — the situation of too much water has gone into reverse.
“In 2014 there were very violent storms, but this year, it’s the opposite, there’s a shortage of rain,” agronomist Albert Coulibaly Minatienni said.
“If it rains too much, the banana plants are hit, and this affects production volume. In contrast, a shortage of rain impacts production costs. Plants have to be watered more and that becomes prohibitively expensive.”

Seeking flexibility in shifting conditions, growers are looking at banana types hitherto grown in the maritime south of the country to see if they can also thrive in savannah territory in the north.
If Ivory Coast has made a banana bounceback, the European Union can claim a big chunk of the credit for it.
The Nieky disaster came at a time when the EU had a programme to grant Ivory Coast 45 million euros to back the banana business and help growers compete with exports from Central and South American countries.

The project took effect after a deal in 2009 to end a prolonged “banana trade war” between Europe and producer nations in Latin America that had been shut out of the market.
The conflict was sparked in 1993 when the EU gave preferential trade tariffs and quotas to African, Caribbean and Pacific (ACP) nations, mostly former European colonies.
Ivory Coast has the advantage of being the nearest exporting nation to the huge EU market.
The boat trip takes between seven and nine days compared with several weeks for exports from South America, which means bananas can be dispatched when they are closer to maturity.
“The distance will prove a big advantage when the carbon footprint is factored into product sales,” SCB boss Biberson added.
“Clients will prefer products that have a smaller carbon footprint than others.”

AgroBusiness Times - April 7, 2019 0
Cassava is one of the most important cash crops in the world. Cassava roots can be processed into a variety of products – including...