Towards boosting the Nigerian agricultural yields National Centre for Agricultural Mechanisation (NCAM), yesterday commenced training of 60 Nigerian youths across the nation’s 36 states in designs and fabrication of agricultural implements.

The trainees, with prior relevant skills in designs and fabrication will undergo intensive modern coaching for one month in line with modern agricultural practices and replicate the skills in youths of like minds in their states of domicile.

Welcoming the participants to the NCAM yesterday, the Acting Director of the institute Dr Yomi Kasali said, the centre has all the needed human personnel to rise to the needs of Nigeria and other African countries in the area of agricultural mechanisation. 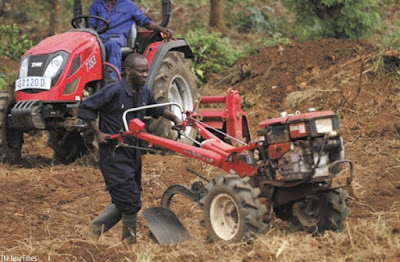 ”
The NCAM boss added, “this training and empowerment is not targeted at the novice in this line of skill but to youths undergoing training of welding and fabrication in order to brush up their skills and further empower them, as part of the commitment of the Federal Government towards youth empowerment through agricultural development.”
Kasali said in the course of the training, the trainees would be exposed to modern fabrication skills, engineering drawing, instrumentation skills and also empowered with some modern fabrication tools in a bid to enhancing their capability and income generation potentials.
He urged the youths to rise to the present challenges of the nation just as he said they should emulate the founding fathers of Nigeria who despite their youthful age brackets then had to fight for and obtained the nation’s independence.
A participant from Ondo state, Adeyemi Ibukunola said the need to key himself to the agrarian revolution of the nation and transfer knowledge to others made him to volunteer for the training.
Both Eze Idemili from Enugu state and Sheu Saliu from Niger state thanked their states’ government sponsors for the programme noting that the knowledge acquired would boost their vision for agribusiness.