Over 75 per cent of harvested tomatoes get wasted yearly in the country, basically due to lack of storage facilities; and limited means of making use of them industrially, resulting into acute shortage off season.

This development has led Nigerians to total reliance on imported puree, making it Nigeria the biggest importer of tomato paste in the world. However, majority of the tomato pastes in the market are fake and substandard.
Based on the present administration’s policy to patronise home made goods, Erisco Foods Limited, Lagos, has promised to meet local tomato needs by December, provided government stops importation of substandard tomato paste into the country. 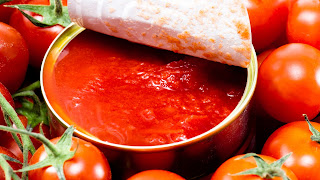 At present, the company says it has tomato paste processing plant with capacity to produce above 450,000 metric tons per annum, among other product lines.According to the President/CEO of the company, Eric Umeofia, who spoke during the confirmation of its tomato processing plant, in Lagos, over five million jobs will be created for farmers, indirectly in Katsina, Jigawa and Sokoto States, through the ongoing backward integration projects, with the target of starting production in Katsina in the first quarter of 2017.
“Nigeria is blessed with two favourable planting and harvesting seasons, whereas China that exports tomato product to Nigeria has only one favourable planting and harvesting season, due to the climatic condition. Worst still, both the Indians that form the majority of people that import substandard tomato paste and China do not consume in their own country, the same quality of tomato paste they produce and dump in Nigeria. 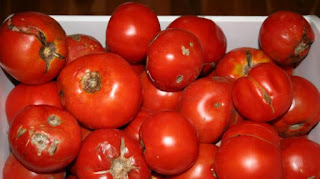 “Still, they pay little or nothing as import duty. So, can you see that the mafias are determined to kill our people and economy with impunity, in connivance with few civil servants. We thank President Muhammadu Buhari and his party’s determination to task Nigerians to produce what we need and eat what we have,” he said.
Umeofia noted that with the initiative of his company to convert fresh and dried tomatoes into paste, the ingenuity will save the country over US$1b, being spent annually on importation of tomato paste. “In addition, we will also export and earn hundreds of million of money in 2017 after meeting the tomato needs of every Nigerian in December 2016. Provided that government stops the dumping of substandard tomato paste, we will employ over 50,000 youths in two to three years, with over five million jobs created for farmers.”