The Minister of State for Agriculture and Rural Development, Senator Heineken Lokpobiri has said the federal government is determined to collaborate with farmers in Bayelsa State in a bid to boosting Nigerian’s foreign exchange earnings. 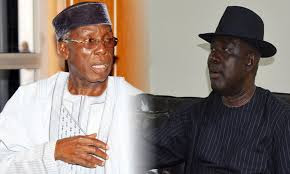 He said the collaboration will also empower the private sector and youths for job placement and wealth creation.
Lokpobiri said this when he visited some farms in Bayelsa State where he inspected exhibitions of farm produce and also held a town hall meeting with farmers.
The Minister stressed the need to rewrite the history of the state from what it has been wrongly known for – militancy, to becoming a huge revenue generating state blessed by God with the necessary and rich human and natural resources –available land for farming and aquaculture.’’

He also encouraged the farmers doing very well not to be distracted but to strongly believe in the present administration of President Muhammadu Buhari that is committed to assisting them. 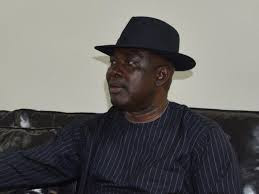 He assured them of more federal government’s presence  which, according to him, shall be visible in the form of capacity building and increased technology-based farming with improved seedlings which will definitely ensure high yield and great harvest”.
The Minister further emphasised  that Agriculture business is the best and right way to go adding that Bayelsa State with a vast arable land of about 84 million is massive enough to engage the youths and discourage them from anti-social , he said even as he encouraged youths to desist from known vices.
The Minister posited that Agriculture is the best potential to take the  from every vice, noting that once farmers can produce, all their excess crops will automatically have a value chain circle, where they will be bought over, because there is an already waiting market to clear them, no matter their output.

AgroBusiness Times - July 21, 2016 4
Exports from Nigeria to other countries of the world is very lucrative and can build the country’s economy overnight. Why we are not exporting...