The Minister of Labour and Employment, Senator Chris Ngige, made the call during the Labour and Trade Ministerial Roundtable of the Africa Growth and Opportunity Act (AGOA) forum at the State Department, Washington D.C.

Ngige called for the reconsideration of the suspension of the import of Nigeria’s cocoa into the US as a way of improving the trade imbalance between the two countries.
According to Ngige, “I was upset that through out discussions on agriculture, Ghana and Cote d’Ivoire became instant toasts in the West and pride of other West African countries delegates.
“Is it not the same cocoa that Obafemi Awolowo used to build the Western Region? The same cocoa which M.I Okpara had built massive plantations along Arochukwu axis of the Eastern region? I was peeved and therefore made a strong case for technical assistance towards the production of cocoa that meets the standard of export into the US and European market.
“It was also an opportunity for me to also dispel a negative report making the rounds at the international forum that Nigerian laws are labour-restrictive. I gave with concrete examples, the deep constitutional provisions on fundamental freedoms and the flourishing democratic tenets that guide government relations with labour.”
He also assured foreign investors that Nigeria is good, open and secure for business, as President Muhammadu Buhari administration has taken concrete steps to diversify the economy and restore sustained growth. He also said the administration has made significant gains in the fight against corruption and insurgency as a base for the enthronement of a secure and stable polity.
Ngige further expressed the determination of the present administration to create an enabling business environment attractive to foreign investments.
“President Buhari has taken the initiative to create enabling environment for businesses to grow, attract investments that are essential for growth, expand our manufacturing base and diversify the economy. Perceived constraints on business and investments are being removed so that both can thrive,”Ngige stated. 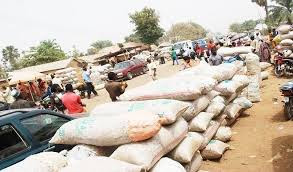 He further said that to ensure that this objective was fully realised, the administration has initiated the Presidential Enabling Business  Environment Council (PEBEC) whose secretariat, Enabling Business Environment Secretariat (EBES) is in the works.
The minister added that “in the current economic situation, Nigeria needs continued support from her partners and friends such as the US as we move forward as a the country. I am confident in reassuring investors that Nigeria is good and open for business.”
Listing the gains of Nigeria’s participation at the forum while addressing journalists at the sideline of the forum, Ngige said Nigeria has secured the firm commitment of the US for the establishment of labour projects and technical aide which countries like Kenya, Madagasca and Zambia currently enjoy.
The minister also made a strong case for the establishment of Africa Skills Development Fund with Nigeria as the headquarters, being the hub of West and Central Africa sub-region.
On trade imbalance between Nigeria and the US, the minister said he utilised the opportunity to explain to the US Labour Secretary, the adverse push, which the sudden stoppage of the importation of the Nigeria’s crude by the US gave to Nigeria’s slip into recession.
Speaking earlier on the country’s position, the US Trade Representative, Michael Froman, promised the  increased cooperation and coordination between US agencies such as United States Agency for International Development (USAID) and the United States Department of Agriculture (USDA) and the reconsideration of constraints faced by African nations in trade with the US.
Froman stated that efforts are in top geared to ensure that all bottlenecks surrounding US trade with Africa are reduced to its barest minimum.

AgroBusiness Times - February 22, 2018 0
Red Palm Oil Tree Plantation is one of the most useful plantation in the world. Nothing in palm tree that is not useful, from...

How To Manage Grasscutter Farm

How To Start a Frozen Chicken Business In Nigeria (A-Z)

Thousands Of Animals Treated In Haiti After Irma