As Nelson Schneider moves into a greater leadership role in his family’s farm, a fast, reliable internet connection for effectively managing the business is a necessity. 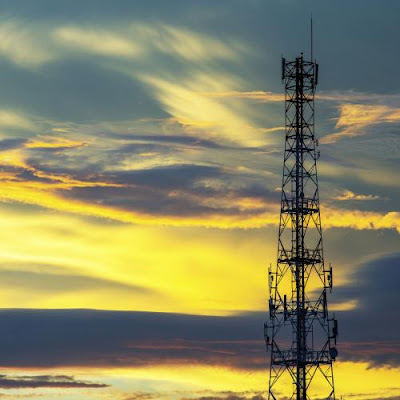 In 2008, the Ceresco, Nebraska, farm subscribed to Windstream’s DSL (high bandwidth over ordinary copper telephone lines) as a residential customer for about $70 per month. The service was supposed to provide download speeds of 1.5 megabits per second (Mbps) and 384 kilobits per second (Kbps) upload, which it did for about two years.
“It doesn’t take much to notice when two thirds of your bandwidth disappears. It made the internet essentially unusable for doing simple things like sending and receiving documents via email, verifying weather forecasts, buying equipment online, and checking grain prices,” says Schneider. “I spent entire weekends without internet, because something held together with spit and chewing gum would break Friday night and no technicians would be around to poke at it or clean the ants out, which actually happened – multiple times.”
When he approached Windstream about switching to fiber as a business, the company said it would set him up with Ethernet at speeds of 3 Mbps/3 Mbps. The catch: It would cost him nearly $350,000.
“That price didn’t include a monthly service fee of $1,000 for three years, which is absolutely insane and even more so for single-digit megabit speeds!” Schneider says.
Sharing his frustration with a friend, Schneider learned that a small cooperative, Northeast Nebraska Telephone Company (NNTC), was upgrading the copper in its service area to fiber. “NNTC quoted me a price of $42,000 for fiber with speeds as fast as I wanted. The truly mind-boggling thing is that the nearest NNTC fiber node and the nearest Windstream fiber node are practically the same distance from my location,” he says.

While Schneider has been able to bring a stable, quick connection to his family’s farm, many in rural America are still underserved because major providers are reluctant to serve what are seen as minor players.
“Farmers need to demand better from telecoms and not settle for being treated like second-class citizens just because of their rural locations,” he says. “The internet is just as important to modern life as the telegraph and electricity were 200 years ago. These things shouldn’t be treated as luxuries reserved for the urban elite.”

Broadband is the backbone of the innovative technological tools farmers are using today, and it is the key to unlocking the next wave of productivity. Yet, even as agriculture becomes a more data-driven and automated industry, there are challenges to its continued growth.
“Precision farming goes beyond the way government agencies have looked at the need for broadband in the past, which has centered around populated areas,” says Jim Kirkland, vice president, general counsel, Trimble Navigation Limited.
As a founding member of the Rural Broadband Working Group, the Colorado-based company is part of a coalition of ag companies working to educate lawmakers and government regulators about the telecommunications needs of modern agriculture. Much of the coalition’s attention is focused on the FCC-administered Universal Service Fund, which pays out billions of dollars in fees collected from telecommunications companies to subsidize unserved and underserved areas.
“It’s very important that farmers’ voices be heard,” Kirkland says. “We’re achieving that by engaging with the FCC to make sure the specific needs and issues of precision agriculture and other technologies critical to farmers’ success are on the radar screen of policy-makers. Our group is trying to shape that discussion and turn it into policies that can be implemented.” 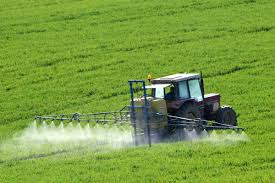 At the local level, Nebraska has put into effect initiatives to bring faster broadband to its rural residents.
“The Nebraska Universal Service Fund (NUSF) has provided over $51.3 million for projects to construct new or to upgrade existing broadband facilities across Nebraska since 2008. The NUSF has funded 138 broadband projects and over 145 cellular towers in rural areas,” says Gene Hand, director of communications, Nebraska Public Service Commission.
In 2010, the Nebraska Broadband Initiative was formed. It is part of a larger national effort to facilitate the integration of broadband and information technology into state and local economies. Four years later, the Nebraska State Broadband Plan was released, and agriculture was identified as a priority.
Yet, Hand acknowledges that availability, slow speeds, and cost are still limitations to farmers fully utilizing the technological advances broadband enables.
“Within city limits, residential customers typically have at least two options for broadband,” he says. “For rural customers, availability becomes largely dependent on the network of the incumbent provider at their location, with a patchwork of fixed wireless and mobile wireless providers filling in some of the gaps. Mobile wireless coverage is reported to be nearly statewide, although network testing suggests otherwise.”
The costs relative to their business and the amount of money they should invest in broadband technologies must also be understood.
“Farmers need to continue investigating how broadband applications will impact their productivity and bottom line,” says Hand.
Those in ag, he adds, must be part of the discussion to bring about change.
“Farmers need to work with providers and policy-makers to help identify solutions,” he explains. “There are models of how others have increased broadband in their communities, and more models need to be identified to reach other communities.”
Schneider was willing to sink $42,000 into a high-speed connection as an overall improvement to his property.
“The fiber will always be here and is supposed to be compatible with gigabit speeds,” he says. “Many farmers would spend much more than that on a new implement or pickup truck without batting an eye.” 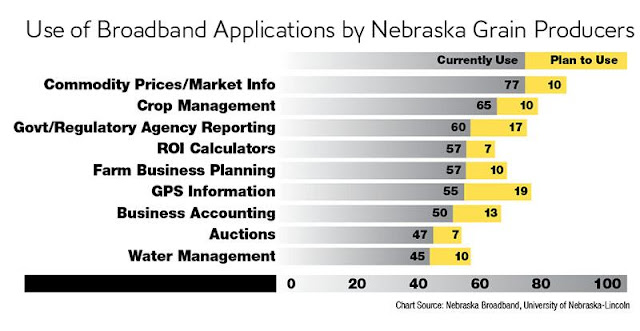 High-speed internet access is available through a variety of services including digital subscriber lines (DSL), cable modems, fiber, satellite, and wireless. When shopping for a service, it helps to understand the differences and to know what questions to ask.
1. What speeds can I expect? Be aware that low promotional pricing may be reflected in the speeds. Make sure the listed download and upload speeds are what you’re expecting. Ask if there’s a trial period to test the service to ensure it meets your expectations.
2. Are you offering any specials? Promotions may be enticing, but get all the details. The promotion price probably doesn’t include taxes, the cost of extra equipment, or additional fees such as activation or early termination fees. Ask the provider to explain the one-time, recurring, and special charges, including taxes and fees. Get all quotes in writing.
3. What should I know about setting up my connection? Some promotions require you to install cables, modems, routers, satellite dishes, or software yourself. Find out early what you’ll need to do and whether support will be available on the phone or online if you have trouble. Message boards on a manufacturer’s website can be helpful for troubleshooting.
4. Is there a cancellation fee? Some plans include an early termination fee. Understand what the fees are and how they are calculated.
5. Is customer service or tech support available 24-7? If there is, ask if there is a cost for either one.
6. What security measures are included? Some providers include antivirus and antispyware software with your service, and sometimes it’s free.

AgroBusiness Times - December 28, 2017 1
The cattle is our biggest source of milk and meat, mostly reared by the Fulani nomads. They travel from north to south each year...

“GMOs‘ll Come When We Are of Age” – Prof. Malachy Akoroda

Rainfall Will Cease In Parts Of Niger In November – HEDA