The Minister of Agriculture and Rural Development, Chief Audu Ogbeh, has praised rural farmers, and affirmed that they feed the teeming population in Nigeria and play a prominent role in the social security of the country. Chief Ogbeh made this known at Otukpo, Benue State, during the distribution of stems of improved varieties of cassava to farmers on Saturday. 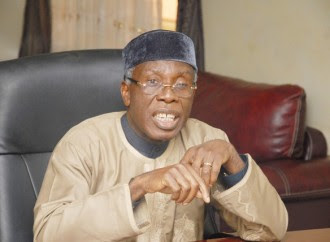 At the event, held within the palace of the Ochi Idoma, Chief Ogbeh noted that these rural farmers forestall food insecurity and food crisis, and therefore deserved government’s support. The programme is implemented by the West Africa Agricultural Productivity Programme (WAAPP) Nigeria, a World Bank-funded programme, working under the Federal Ministry of Agriculture and Rural Development (FMARD).
The cassava stem distribution is one of the three projects WAAPP is implementing in Benue State in collaboration with the University of Agriculture, Makurdi (UAM), according to the acting national coordinator of WAAPP Nigeria, Mr. James Apochi. The projects, according to him, include fish fingerlings multiplication, cassava stem multiplication and adopted village extension programmes in no less than 12 villages in the state.
The cassava project, Apochi noted, is to stimulate domestic production of cassava, provide employment for the youth, boost rural economy and reduce hunger and poverty.  Professor John Adisa Ayodele, representing the vice chancellor of UAM, disclosed that the university is poised to put the vast agricultural land belonging to the university to use in support of boosting production. According to Ayodele, the university has land large enough to participate in the expansion of the programme. He therefore pleaded for the extension of the WAAPP programme to the second stage after the expiration of the current phase. 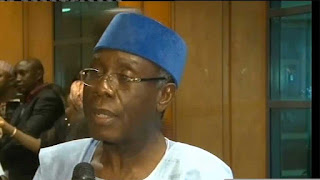 The Minister told the UAM representative that the universities of agriculture should henceforth concentrate on their core areas of mandate. According to him, “60 per cent of your work should be on practicals, 20 per cent on theory and 20 per cent on research.” Chief Ogbeh said it is time to build the next generation of farmers who will take over the farms and food production. He lamented the failure of the agricultural universities to produce graduates that embark on farming.
Mr. Oche Abor, who represented the beneficiaries, said, by this intervention, the government and WAAPP Nigeria have restored the farmers’ hope. He called on the federal government to intensify mechanisation as the farmers are ready to feed the nation and Africa.
The Ochi Idoma, Chief Elias Ikoyi Obekpa, who was represented by Chief John Anteni, Adapa of Apa, described agriculture as a profession that was instituted by God and as the main source of livelihood of Idoma people. He urged Nigerians to embrace agriculture as it is a profession with dignity. He urged the government to ensure timely availability of essential agro-inputs because of the seasonality of agriculture.

Killing of farmers by herdsmen: 8 corpses exhumed in Delta for...