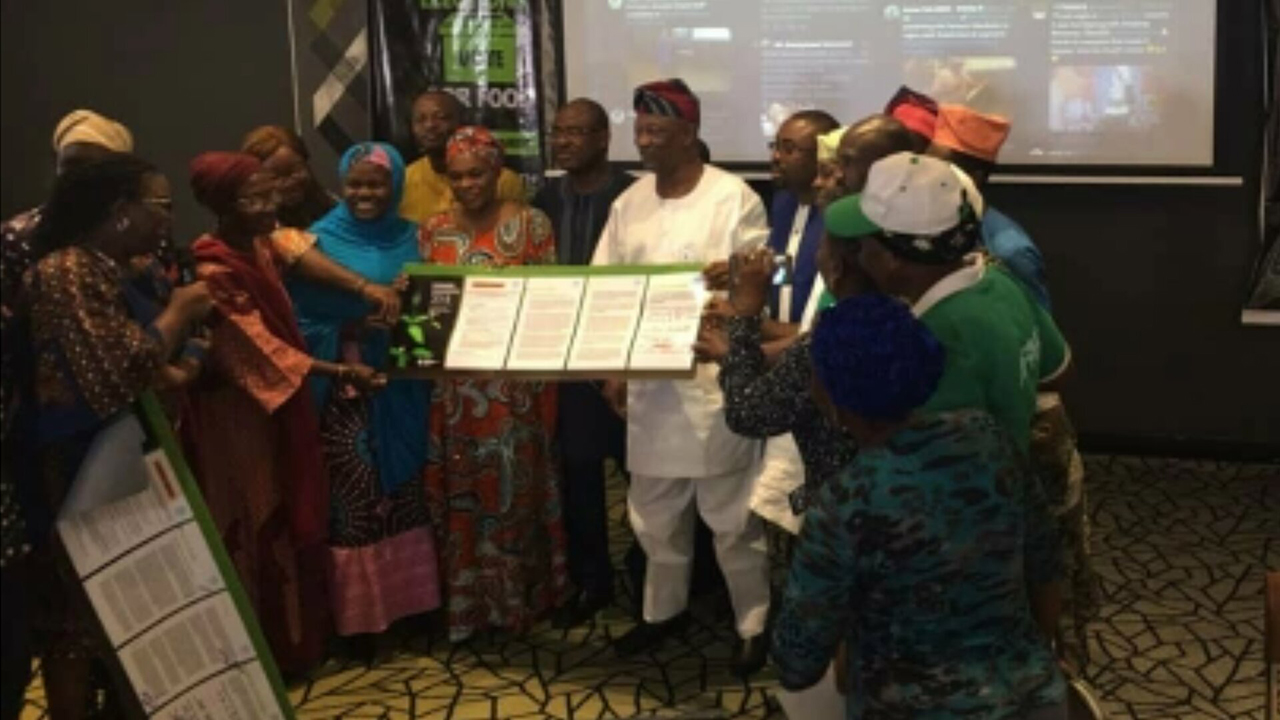 Cross-section of farmers at the event

The Human and Environmental Development Agenda (HEDA), in partnership with the Transition Monitoring Group (TMG) and Oxfam International, have organised a forum for Lagos State governorship aspirants to present their manifestos to farmers.

The farmers’ manifestoes, which are based on aggregated information, observations and feedback from various farmers’ organisations and networks, as well studies and consultation conducted by The National Association of Nigerian Traders (NANTS), reveal that agriculture currently is the highest employer of labour and at with 29%, is the second largest contributor to the Gross Domestic Product (GDP) after oil.

The farmers also said agriculture has the best potential to lift millions out of poverty and create millions of jobs for the youth population.

They, therefore, urged candidates, political parties and aspirants present at the event to reflect and sign on to the manifestoes and use them as a guide for their agricultural strategic interventions and programmes, noting that investments in the sector is more likely to impact the economy than investments in other sector.

Present at the event were the Peoples Democratic Party (PDP) governorship candidates of Lagos State, Jimi Agbaje; the All Progressive Party (APC) candidate, Mr Babajide Sanwo-Olu and Babatunde Gbadamosi of the Action Democratic Party (ADP), as well as other political figures and various farmers’ associations, including small-scale farmers.

Participants at the event, which was set to encourage funds for the agricultural sector mostly in Lagos State, disclosed that there was a perception that Lagos is not an agriculturally advantaged state, and that the perception is due largely to its relatively small land mass and urban nature.

They added that Lagos has a comparative advantage in many areas of agriculture than some other states, which include aquaculture, vegetable farming, agro-processing and commodity marketing.

Lagos citizens must demand accountability from elected officials and properly scrutinise their plans and commitment to agriculture, the farmers said.

Therefore, they urged citizens to become active and take the lead in shaping the narrative during election campaigns, insisting on issues and not propaganda and demand to see how visionary the political office seekers are on critical issues like food security and sustainable agriculture.