A pre-shipment inspection agent for export, Mr Shehu Abdulkadir, on Friday called on the Federal Government to investigate the circumstances that started the controversy leading to rejection of Nigeria’s edible beans by the European Union.

Abdulkadir, the General Manager of Carmine Assayer Ltd, made the call in an interview with the News Agency of Nigeria (NAN) in Lagos.
He said that the isolated case of a traveller who carried edible beans from Nigeria for his relations abroad kicked-started the problem but that the matter was now being blown out of proportion.
Abdulkadir explained that the traveller was a “portfolio exporter’’ but that the issue was treated as if a professional exporter was involved and urged government to carry out an in-depth investigation.
He said that Nigeria’s beans were usually of high quality and were preferred in several countries, citing Nigeria’s electrical cables and some local brewery products as examples.
“The person in question was an ordinary traveller who took along food stuff for a relation, but the beans was rejected at the point of entry and the matter was escalated.

“Any finished product exported from Nigeria always makes waves in the international market because God has blessed Nigeria with fertile land,’’ he said. 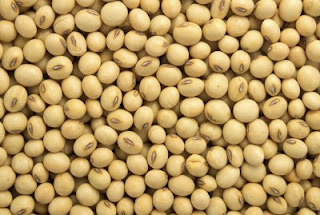 Abdulkadir noted that professional exporters who go through export procedures could not export edible beans that contained pesticides because all the various export regulatory agencies carried out thorough checks.
“We encourage Nigerian exporters to use airtight agro sacks which do not allow pests and diseases to breed.
“If any produce from the farm is put in agro sacks, it remains fresh, even up to four years.
“If farmers use the agro sacks, no insect will ever get in,’’ he said.
The professional exporter urged the government to encourage farmers to use the agro sacks, which were produced locally to totally eradicate the use of pesticides.
Responding to the use of agro sacks, the South-West Regional Coordinator, Nigerian Export Promotion Council, Mr Babatunde Faleke, said that the council had already commenced advocacy for use of agro sacks.
He said that the council was organising packaging clinics where exporters and other relevant agencies charged with regulating packaging were usually trained.

AgroBusiness Times - September 26, 2017 0
Castor Seed (Ricinus communis L.) is cultivated around the world because of the commercial importance of Castor oil. India is said to be the...

Nigeria may experience shortage of rice in 2019 – Minister

Irrigation Farming Endangered In Katsina, As Sources Of Water Drying Up