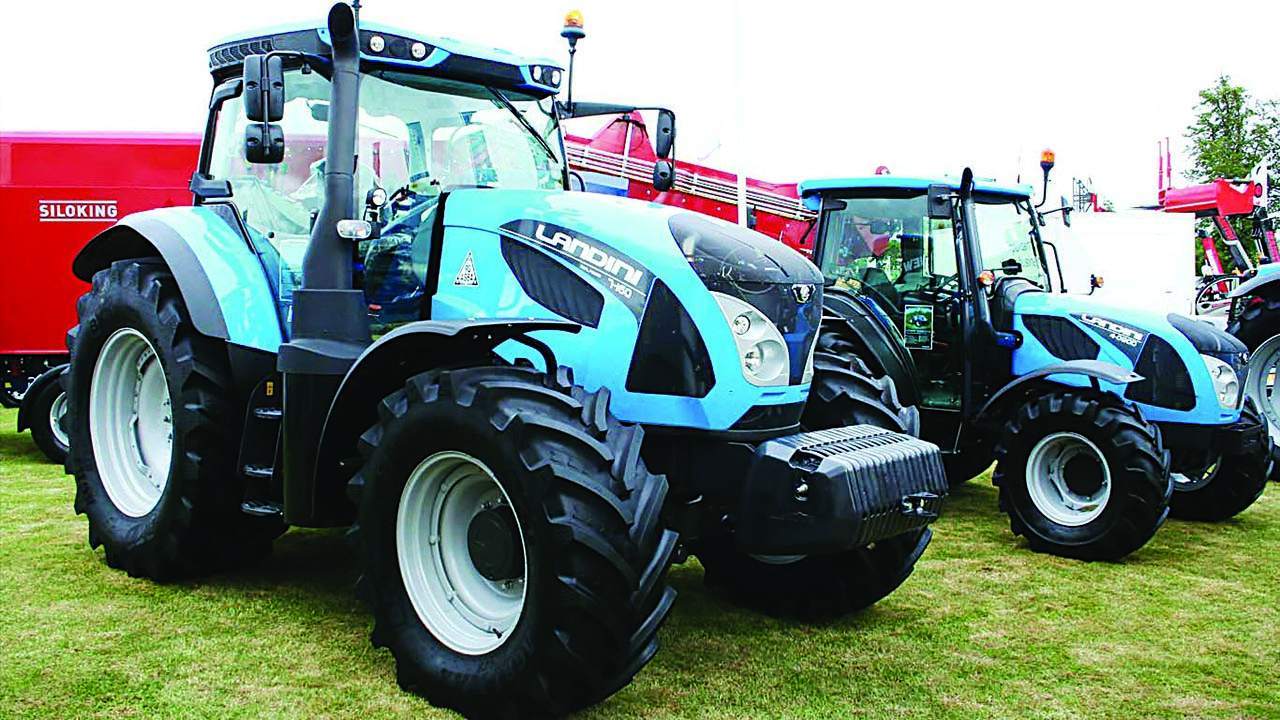 A fleet of tractors

Head of Agro-Economy Desk, FEMI IBIROGBA, writes on the crass deficit of functional tractors, other farm mechanisation equipment and how small/medium-scale investors can close the gap, with insights from some industry professionals.

Agricultural operations are still predominantly at the subsistence level in Nigeria, with each farmer or household, as stated by the Food and Agricultural Organisation (FAO), cultivating between one and two hectares of land for many factors hovering around restricted access to land, poor investments in modern agricultural equipment and facilities on the part of the government and cyclic poverty and low education of farmers which, in turn, retard them from adopting mechanisation and hamper them from acquiring or leasing these modern farm operation machines.

The result, as expected, includes limited farm operations done by using cutlasses and hoes, or at best, animals to pull tillers and inefficient cultivators, and poor food productivity and production. This has placed a burden of gross food importation on Nigeria till today.

The United States National Academy of Sciences, tracing the history of agricultural mechanisation and mass food production with minimal manual labour, says throughout most of its long history, agriculture, particularly the growing of crops, was a matter of human sweat and draft animal labour.

Oxen, horses, and mules pulled plows to prepare the land for seed and hauled wagons filled with the harvest. The academy also comments that the rest of the chores required backbreaking manual labour, which includes “planting the seed, tilling/cultivating and ultimately reaping the harvest, which is a complex and arduous task of cutting, collecting, bundling, threshing and loading.”

The academy states, “From early on, people with an inventive flair developed tools to ease farming burdens. Still, even as late as the 19th century, farming and hard labour remained virtually synonymous, and productivity hadn’t shifted much across the centuries.”

However, at the turn of the 20th century, the emergence of the internal combustion engines set the stage for dramatic changes: tractors pulled plows; hauled loads and livestock and towed/powered the new planters, cultivators, reapers, pickers, threshers, combine harvesters, mowers, and balers that farm equipment companies kept coming out with regularly.

In 1902, two engineers, Charles Hart and Charles Parr, introduced a more refined tractor powered by an internal combustion engine that ran on gasoline, smaller and lighter than its steam-driven predecessors and could pull plows and operate threshing machines, running all-day-long on a single tank of fuel: it was, simply put, fuel-efficient. Previously, tractors had been known as ‘traction engines.’

Why investing in tractor hiring services?

To effectively meet the farm operations mechanization demand of Nigerian farmers, he added, about 2 million functional tractors are needed in Nigeria, as estimated by the Tractors Owners Association of Nigeria (TOAN).

“As a private investor coming into the business, depending on the available resources, you can buy three tractors and still make money from them. The services should come with a complete package of operations. The whole package involves a minimum of four operations, which are plaughing, harrowing, planting and spraying.

“The conventional operation that most tractor hiring services providers do is just plaughing and it takes over four years to break even in this scenario,” Ayodele said.

He disclosed to The Guardian that when an entrepreneur does the complete package, he would break even in the second year.

Similarly, the statutory roles of the local government authorities include providing and mobilizing farm operations equipment at the subsidized rates.

In facts, most local government areas in the country still boast of dysfunctional fleets of tractors.

The current dispensation of democracy has, however, so drastically incapacitated the local councils that most of them just manage to pay salaries of personnel, and contribute virtually nothing to food production efforts.

Minister of Agriculture and Rural Development, Audu Ogbeh, who said rural development was hardly made provision for through is ministry, said local governments are supposed, by law, to make rural communities conducive for farming and by extension make agricultural activities easier by providing tractor hiring services, but unfortunately, they are dead, courtesy of state governments.

Hence, there is a wide gap between the demand for and supply of tractor hiring services in Nigeria.

Tope Faleye, Assistant Director (engineering) at the National Centre for Agricultural Mechanisation (NCAM), Ilorin, Kwara State, said though the survey is ongoing, the functional tractors in the country are fewer than 1,000.

He recommends, at the minimum, a fleet of five tractors for any person or group interested in a small to medium-scale tractor hiring services. This number, he said, would make it really commercial to meet the demand for tractor services by farmers without much delay.

Many farmers have been disappointed and incapacitated in their plans for farm operation expansions because of poor access to tractor services. And the situation is aggravated with requests coming almost at the same time due to the rain-fed nature of agriculture.

Therefore, operating a fleet of five tractors would reduce the demand to a large extent in a neighborhood.

Faleye suggested that tractor hiring businesses should be located in the commercial agricultural production areas, not in the cities.

“You cannot cite your tractor hiring services in Ibadan, Oyo State, for example, when commercial agriculture takes place in Iseyin and other areas of Oke-Ogun. Cost of transporting the tractors to farms from Ibadan will add to your running cost,” Faleye said.

Capital and other requirements for tractor hiring business

Based on the recommendation by the NCAM engineer that a fleet of five tractors would make a medium-scale business sense, a minimum of N100 million would be required to set up a standardised farm equipment hiring firm.

However, the President of Agricultural Equipment Hiring Organisation (AEHO), Prince Adebambo Ademiluyi, said a start-up can start with one tractor, and from there buy more, depending on the demand and the amount of resources available.

“If you buy one tractor, you would need at least a plough, a ridger and a harrow,” he said.

While explaining the capital required for starting a tractor hiring service, Ademiluyi said depending on the brand, the cost of a tractor could be between N6 and N10 million.

He also said people with limited financial resources could start with a fairly used but serviceable tractor.

Ademiluyi equally said any entrant could register a company and start the business without necessarily joining the association, for it is voluntary. However, there are advantages of being a member of the association, he said.

“You don’t have to be a member of the association to register a tractor hiring business. But of course, the advantages of being a member are numerous. The association will give you an opportunity for networking with other tractor hiring operators. There are times they have more than enough work, so we do what we call pooling, where other members are brought in to do the work. That is one of the advantages of being a member.

“Apart from that, members have direct access to suppliers of the equipment where you can get spare parts easily. The vendors give us special treatment, because we control well over 400 tractors nationwide. You can stand on your own, but it is advantageous to be a member of the association,” Ademiluyi said.

How Nigeria’s agric sector fared in 2019

Father of Cassava, Dr. Dixon, proffers strategies on how researchers can disseminate agricultural innovations at scale

AgroBusiness Times - December 27, 2014 0
The Bank of Industry (BOI) Limited was established on October 2001, following the reconstruction of the Nigerian Industrial Development Bank Limited(NIDB). The bank provides...

How Nigeria’s agric sector fared in 2019

Cocoa In A World of Global Environmental Changes