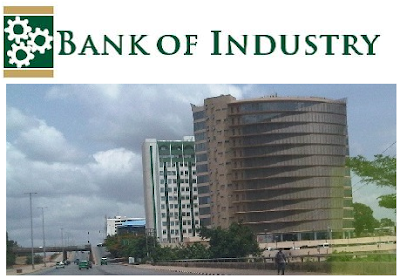 The dwindling foreign exchange earning of the federal government largely caused by the crashing crude oil price in the international market is considered one of the reasons that plunged Nigeria’s economy into recession.

Desperately in search of solution to restart the economy, the Federal Government has decided to diversify the economy from dependence on the oil sector to the agriculture sector.

Government sees the sector as key revenue earner and major contributor to the GDP through commodity based value chain approach.

Agriculture development in Nigeria has certainly suffered setbacks due to lack of data and knowledge sharing, disasters, and poor infrastructure as well as lack of access to fund.

Financing is fundamentally critical because it is one of the integral ingredients for the sustainable rejuvenation of the agricultural sector.

Presently, agricultural lending accounts for only 1.4 percent of total lending in the country, and has declined since 2006, while high performing developing countries, such as Brazil, Mali, Burkina Faso, lend over 10 percent to agriculture as a percentage of total loans.

But today government has initiated efforts aimed at addressing the financing needs of the Agriculture and Agro allied sectors with clear directives for its agencies to create a synergy towards realizing its goals of making agriculture a catalyst for job creation, poverty alleviation and income generation as part of the inclusive growth strategies.

The sector and indeed farmers are now preparing to take advantage of a fresh initiative by the Bank of Industry (BOI) which is working in concert with the Nigeria Incentive-Based Risk Sharing System for Agricultural Lending (NIRSAL) to increase agricultural loan portfolio and broaden support to agriculture development in the country,

Under the initiative, the agencies would be providing more support level to all the stakeholders in the value chain.

The initiative considered a major landmark in the history of the sector was heralded by inking a Memorandum of Understanding (MoU) by the two agencies which are promoting the commendable step.

After the historic endorsement of the MOU document, Acting Managing Director and Chief Executive Officer of BOI, Mr. Waheed Olagunju, explained that with the take-off of the initiative,  agricultural producers would have unprecedented access to loans at low prices as the risk-sharing collaboration seeks to lower interest rates.

AgroBusiness Times - September 18, 2017 0
The following 15 pointers will help you get the most from your phosphorus (P) and potassium (K) fertilizer investment. They come from Dan Kaiser,...

Agrobusinessngr.com is Nigeria’s premier national magazine on agriculture and its related businesses. To fight poverty, hunger and starvation, by encouraging more Nigerians to engage in the business of food production.
Contact us: info[email protected]
© 2014-2020, AgroBusiness Times - www.agrobusinessngr.com
This website uses cookies to improve your experience. We'll assume you're ok with this, but you can opt-out if you wish.Accept Read More
Privacy & Cookies Policy