Benjamin Nworie writes that Ebonyi State has for years enjoyed the bragging rights of being called the home of local rice production in Nigeria. 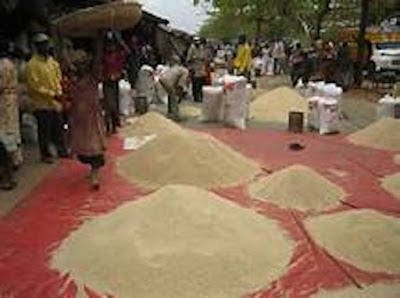 Ebonyi State is one of the most agrarian of the states in Nigeria. Made up predominantly of farmers, with savanna and semi tropical vegetation, humid, sandy and marshy soil, the state is blessed with moisture land for growing of varieties of cash and food crops, such as rice, yam, cassava, cocoyam.
Among the agricultural potential, the production of the famous Abakaliki rice has made the state so popular and a beehive of commercial hub. No visitor comes to Abakaliki, the state capital, without testifying the high quality of Abakaliki rice compared with other rice produced locally and internationally. The Abakaliki rice is blessed with so many nutritional values, which is gotten from the salinity in the land of Abakaliki rice mill. It is even better and graded higher by those that know its nutritional values.
Apart from its nutritional value, the Abakaliki rice is naturally salted with good taste. The reputation of Abakaliki rice is derived from its superior taste. Rice production no doubt has created jobs from which a lot of people feed their families. There are a lot of jobs people do in Abakaliki Rice Mill Industry including technical/professional and unprofessional/causal works, as well as others who sell their wares in the area. 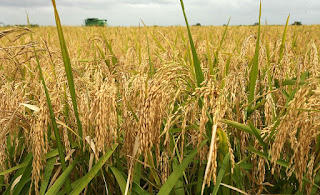 Before and after Ebonyi State was created in 1996, agriculture had remained the mainstay of the daily living and earnings of its people. The Abakliki Rice Mill as it is popularly called is adjudged to be the first indigenous company since the creation of the state in 1996. During the creation of the state, at least Abakaliki Rice Mill Industry is equally the only existing industry in the state.
The company started as Abakaliki Rice Mill in 1967 on No. 60-65
Gunning Road Abakaliki. The first milling engine procured for milling of Abakaliki rice was bought by one Mr. Anekwe Bestman. The relocation of the mill to its present site was done under one Hon. P. O. Nwike, who was then the Executive Chairman, Abakaliki Local Government Area in the then Anambra State. Signatories to the statement include the Chairman, Joseph Ununu; Administrative Secretary, Nwede Richard; Secretary, Usulo Emmanuel and Fidelis Igwe.
However, on November 15, 1977, the land used for the construction of the rice mill was leased by the Abakaliki Local Council to Rice Mill Abakaliki, for 99 years upon payment of valuable consideration.
In September, 1989, the Rice Mill Association Abakaliki was registered as a company with the incorporation name – Rice Mill Company Nig. Ltd with registration number RC. 136,800. But on January 1, 2000, customary right of occupancy with respect to the entire area of land measuring 1938.464 square metres occupied by the company was issued by the Government of Ebonyi State.
Inside the rice mill established in 1957 lies an expanse of land measuring 1938.464 square metres, various workers abound – machine operators, dust carriers, bag stickers, off loaders, barrow pushers, on-loaders, accountants, water suppliers, security men and a host of others.
Chief Sunday Oketa, said he started the rice mill business at the age 18. As a child, Oketa recalled he joined the industry as a “dust carrier” and later trained for one year and six months as a machine operator. “My father was alive then and he was one of the founders of
the rice mill,” he said, adding that the entire family members were trained properly in farming.
“Early in 1971, we sold a bushel of rice at 10 Naira here and by then there was nothing like foreign rice. All Ebonyi people were farmers; we never knew any other handwork except farming. And when you come here, you see enough rice, food stuff such as cassava, yam and that’s why we name Ebonyi State, the Food Basket of the Nation,” Oketa told. 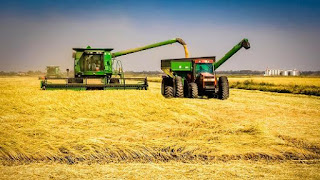 He remembered that way back in the 1980s; people from as far as Lagos, Benin, Port Harcourt usually come to buy Abakaliki rice. “In those days, 15 trailer load of the commodity, 50 to 60 Mercedes Benz 911 lorries, aside other small vehicles such as pick-up vans leave the
mill every day,” Oketa said, adding that the importation of foreign rice into Nigeria “is killing business here.”
Indeed, many are familiar with the popular Abakaliki rice which is believed to have a higher nutritional value than the imported polished and parboiled rice, and possibly the best in the world as certified by American experts. The rice is parboiled locally and processed by the small scale milling machines.
A notable rice farmer and Commissioner for Information and state Orientation, Dr. Emmanuel Onwe noted that more than 80 per cent of Abakaliki rice is grown organically because the soil in vast swathe of areas in the state is so fertile that the need for chemically-based
fertiliser does not exist and it’s now government policy to prioritise agriculture in absolute terms, and ensuring that everything else yields way to this policy.
Onwe noted that the drive and target of the Umahi’s administration was to produce and supply 10 per cent of the over six million metric tons of rice consumed in Nigeria annually.
“The administration borrowed N2 billion to invest in encouraging farmers, public and civil servants as well as the youth and women to undertake farming of a number of crops but especially rice very seriously. The injection of agro inputs and equipment such as seeds, herbicides, fertilizer, tractors, plus the necessary mechanical implements have enabled our citizens to put additional 20,000 hectares of land into rice cultivation this season,” he said.
The rice milling machines were situated in such a way that it formed a cluster and people from far and near bring their rice produce there for milling. Most times, the centre is also a market where people buy or sell rice. Virtually in all communities and local council areas, milling machines are situated with commercial activities, especially for residents outside the capital city that may find it difficult to access the Abakaliki Rice Mill.
This large cluster of rice milling industry is owned and managed by private individuals and cooperative societies who have their milling machines, while government only collects royalties/levies from them. Usually, people come from far and near to the mill to buy or sell rice on a daily basis.
People from the north including neighbouring states such as Enugu, Imo, Abia and Anambra always come to buy rice in Abakaliki in very large quantities. The reason for the high patronage is not only that Abakaliki rice has been identified to have a unique taste when
compared to foreign rice and other kinds of rice being patronised by people, it is cheap and affordable. 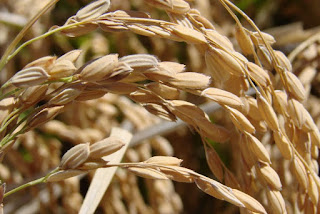 The price defers depending on the quality of the rice and specie. Currently, due to the ban on importation of foreign rice, the cost of a bushel of rice is sold for N10,000 and above, depending on the quality, as against N4,000 a year ago.
But the continued production of Abakaliki rice became endangered in the past administration of former Governor Martin Elechi, due to the face-off between the Abakaliki Rice Mill Company and Ebonyi State Government on the planned relocation of the rice mill to the three rice clusters in each of the senatorial zones of the state.
The chairman of Abakaliki Rice Mill, Mr. Joseph Ununu noted that the policy of relocation of the rice mill and its attendant cases of threats and intimidation have brought untold hardship to them and the trauma precipitated the untimely death of 15 rice millers as a result of heart failure.
One of the patrons, Chief Chukwuka Okonwko, slumped and died shortly after hearing the news of the relocation. Mr. Elias Nwogu, 40, a father of six, said he has trained some of his children in both secondary and university from the proceeds of the rice business which he has been engaged in since the age of 15.
Okonkwo said he wanted to sell his milling engine, but nobody indicated interest to buy it and that was how the man died. The engine was estimated at N1.6 million, but nobody could buy it even at N300,000 and that broke his heart; because the rice mill is moving out and everybody is afraid,” he said.
Mr. Augustine Obasi, father of four kids is one of the workers at the rice mill and hails from Ezza North local Government Area of the state. Born in the mid-1970s, he said he joined the rice business in 1991 but lamented the government decision to move them. 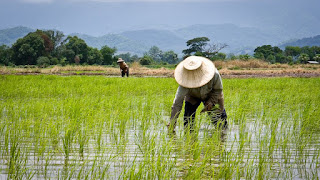 For Mrs. Eucharia Ogwutor, she said since joining the business in 1989 she has been buying from the farmers to do the final processing. “Ikwo Village is very far from here. No buyer would like to carry his money and go to such a distant place to buy. If Governor Elechi relocates the rice mill from here, people should just forget about the Abakaliki rice,” she said.
However, respite came with the emergence of Engr. David Umahi, as the governor of Ebonyi State. With the dwindling oil revenue, the present administration has reemphasised the need to revert to agriculture which was the mainstay of the Nigeria economy before the discovery of oil.
In line with his vision for agricultural revolution in the state, Umahi has procured 40 tractors for rice production. The Ebonyi State Government has earmarked 40,500 hectares of land for rice cultivation this farming season spread across the 13 council areas in the state. Each of the LGAs has 2,500 hectares mapped for the rice production while IFAD has six thousand hectares and FADAMA, 2,000 hectares.
This feat if actualised would boost food security in the state. Already, all public servants have been directed to go into farming. Public primary and secondary schools and teachers have also been directed to have farms as basis for promotion.

Cotton Should Be Seen As National Asset, Says Achimogu

Pakistan set to gift 40,000 metric tons of wheat to Afghanistan