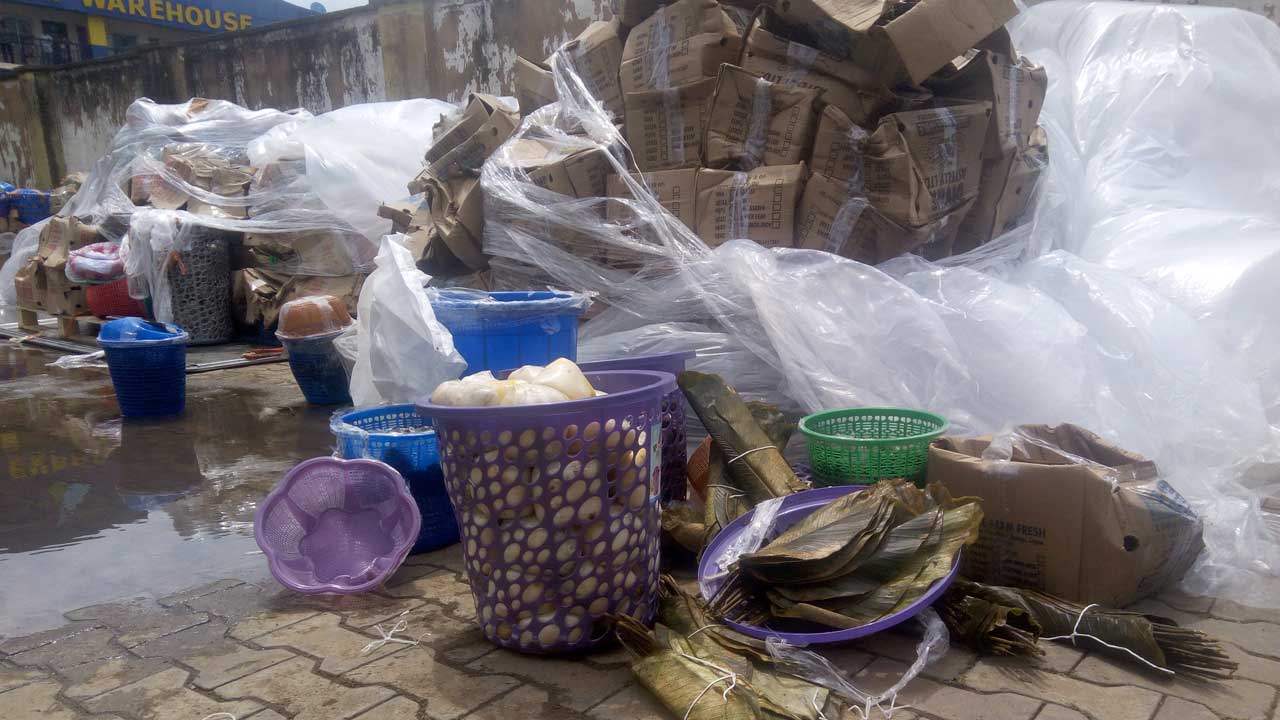 Nigeria’s Vegetables and other edibles rejected by United States recently.

For the country’s agricultural produce to be widely accepted by the international markets, all players in produce export must strictly follow the standard set by the countries.

Vice chancellor of the Federal University of Agriculture, Abeokuta (FUNAAB), Prof. Felix Kolawole Salako, stated this while reacting to the perennial rejection of the country’s farm produce in international markets.He said: “We met ourselves here because we don’t have standard for things. Even the one we import. The point is that we can run our country anyway we want it, but people will not allow us to run their country the way we want it. We should get that right. There is what we call Standard Organisation even in Nigeria, but all sorts of things come in and before you know it, somebody will tell you they are Chinese products, how did they come in, in the first place?

“So, if Nigerians are going to export anything and they want the exports to be acceptable, we must follow the standard set by those countries. I think we need restructuring in the way we administer our people, the way wealth is distributed. So, when we are talking about people being hungry, is it in terms of not really having food to eat, or having food being wasted and the rest of them. Is it in terms of people who should be on the farm, going to Lagos and congesting Lagos with about 22 million people?”

Speaking on the challenges facing the palm oil industry, especially adulterated oil in circulation, Salako said: “I worked in Okomu Oil plantation for about three years, where International Institute for Tropical Agriculture (IITA) have a research site. I saw their activities, and their capacity. And there were other palm oil companies also around there. But the question is, why is Okomu oil being run more efficiently than other oil plantations run by Nigerians?

“There were only four or five expatriates when I was there and the place is more efficient in terms of operation than those run by Nigerians. Let me ask this, were the expatriates producing palm oil in their countries? But they have gone to the level of using tissue culture and the rest of it to even increase production in some African countries. And we keep killing our own industries by running them ineffectively. Is it that we don’t have the capacity to produce what we eat?”

While noting that recently some people attempted to import maize, which the country is producing in abundance but it was quickly checked, he said as the largest producer of cassava, “if care is not taken we will be importing cassava. We attempted to import Garri, but actually it was Nigerian Garri repackaged by somebody who wanted to make money out of it.

“When we complain about all these things we know where the problem is. We can produce enough rice for Nigerians. To brake that cycle of importation, we need a lot of commitment. Chinese are everywhere now, taking over everywhere, but may God help us.”

AgroBusiness Times - December 22, 2017 0
Register Agribusiness Entrepreneurs : Registering businesses seems to be a big deal for especially small Nigerian entrepreneurs who feel they would be extorted or...