Dangote Flour Mills has returned to profitability, as the repositioning strategies put in place after its re-acquisition from Tiger Brands by Dangote Industries Limited have started to yield fruit, writes Goddy Egene 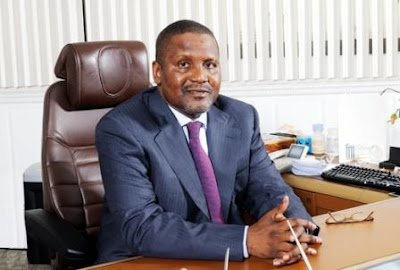 One the factors that have endeared the President of Dangote Group, Alhaji Aliko Dangote to invest in the nation’s capital was his decision to list some of the his companies on the Nigerian Stock Exchange (NSE). That decision gave opportunity to investors to share from his wealth through dividends payment. The first company in the Dangote Group to list on the NSE was Dangote Sugar Refinery.
Today there are Dangote Cement Plc, which is the most capitalised on the exchange, Dangote Flour Mills (DFM) Plc and Nascon Allied Industries Plc. These companies have been rewarding shareholders with dividends. However, shareholders in DFM Plc had a raw deal when Dangote Industries Limited (DIL), decided to sell part of that company to South African firm, Tiger Brand in 2012. Soon after the sale, the fortunes of DFM nosedived, leading to accumulated losses. However, in a bid to prevent the company from going under and save several jobs, DIL last December. Months after the re-acquisition from Tiger Brands, Dangote Flour Mills has returned to profitability. 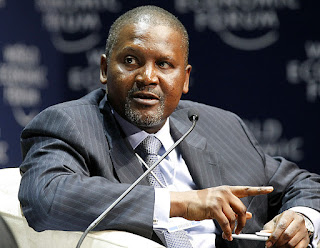 Dangote Flour Mills Plc commenced operations in 1999, as a division of Dangote Industries Limited (DIL), one of Nigeria’s largest and fastest growing conglomerates. Following the strategic decision of DIL to unbundle its various operations, DFM was incorporated in 2006. The restructuring was completed in January, 2006 when the Federal High Court sanctioned a scheme of Arrangement wherein all the assets, liabilities and undertakings of the erstwhile flour division of DIL was transferred to DFM.
From an initial installed capacity of 500 MT per day at its Apapa mill, Dangote Flour has expanded rapidly by opening in quick successions three other flour mills in Kano (2000), Calabar (2001) and Ilorin (2005). Each of the mills started with an installed capacity of 500 MT per day but all of them have subsequently expanded resulting in a total installed capacity of 5,000.
The expansion was in response to a growing national demand for flour and flour based products in addition to the company’s drive for increased market share. Thus from a modest beginning the company has grown to become one of the industry leaders within a six-year period. The company has three wholly owned subsidiaries, comprising Dangote Agro Sacks Limited, Dangote Pasta Limited and, Dangote Noodles Limited.
Financial Performance
The company posted a profit before tax (PBT) of N2.64 billion for the nine months ended June 30, 2016, compared to a loss of N9.55 billion posted in the corresponding period of 2015. An analysis of the results showed that Dangote Flour Mills, which consists of Dangote Flour, Dangote Pasta, and Dangote Noodles, recorded a gross profit of N14.03 billion by June 2016 as against N2.62 billion by June 2015. Profit from operating activities rose to N8.47 billion by June 2016 compared with trading loss of N3.48 billion in comparable period of 2015. After tax, net profit stood at N2.84 billion by June 2016 as against net loss of N9.11 billion in 2015. Earnings per share showed 76.5 kobo as against loss per share of N2.42 in 2015.
Gross profit margin more than tripled to 28.14 per cent by June 2016 as against 7.9 per cent in corresponding period of 2015. Pre-tax profit margin stood at 5.3 per cent in 2016, as against negative margin of 28.9 per cent in 2015.
Commenting on the results, Group Chief Executive Officer, Dangote Flour Mills, Thabo Mabe said the return to profitability follows several strategies adopted by the company to increase market share and create value for shareholders. He said that the flour mill is driven by the vision of putting its products on the table of every Nigerian.
Justifying Reacquisition
Although the re-acquisition of DFM attracted various interpretations, sources close to the DIL had said the company had to consider the repurchase so as to keep the it as a going concern, which preserves value for the minority retail shareholders and also secured direct employment for over 3,000 employees.
“Going by every indication, the future of the company was very doubtful and that was risky for the employees which are over 3,000 Nigerians apart from others who benefit from the company’s services through other ancillary services. The return of DIL is therefore a big relief and good decision to save the jobs of the staff of TBCG,” a market source had said.
The transaction ensured that the company was maintained as a viable going concern, able to retain its employees and meet its obligations to its stakeholders.
Besides, the transaction envisaged that sufficient capital will be injected into the company in order to stabilise the business and place it on a sustainable path aimed at creating value for its stakeholders.
Reposition Strategies
Soon after the repurchasing the company, DIL made fresh efforts to reposition the firm, return it to profitability and deliver returns to shareholders like others in the group. The first move was ensuring a new corporate governance strategy. In this regard, Aliko Dangote left the board, while Asue Ighodalo, a renowned corporate lawyer and Chairman of Sterling Bank Plc was appointed as its new chairman. 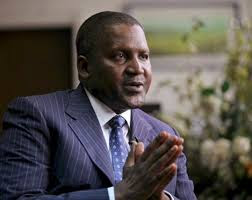 Also, DIL appointed Alhaji Ahmed Shehu Yakasai as Executive Director, Supply Chain and Deputy Chief Executive Officer, while Ms. Halima Dangote was appointed Executive Director, Commercial.
Addressing the shareholders of the company, Ighodalo assured the shareholders that the Board and Management of the company would continue to mitigate the effect if these challenges and would work extremely hard to turn around the fortunes of the company.
He said following the repurchase of the entire shareholdings of Tiger Brands, additional capital has been injected into the company.
According to him, “We bought back Dangote Flour Mill from Tiger Branded and by this move, it means we have a stronger, better sophisticated and more focused DFM.
“Since the takeover, we have taken a lot steps to reposition the company through expansion to drive growth. We are also using this medium to restate our commitment to increasing our shareholders value and our dear customers.”
He added: “Our processes and management have been strengthened in order to stabilise the business and place it on a sustainable path aimed at creating value for its stakeholders,” Ighodalo said.
The chairman, who expressed appreciation to the staff, noted that the company would continue to place high priority on their training and development, seek and retain the best the “best talents in our continued pursuit of operational and services excellence.”
He stated that the customers are the key partners in the business, who continue to remain the cornerstone of the company.
“Notwithstanding the challenges faced during the year, we continued to receive excellent patronage from our customers. We are immensely grateful for this unwavering support,” the chairman said.
He reiterated the commitments of the group to further invest in the growth of its businesses within and outside Nigeria noting that the Dangote Group believes in job and wealth creation.

How To Start A Rabbit Farming Business