Ninety one workers sacked in 2013 by the Cocoa Research Institute of Nigeria, Ibadan, resumed work on Thursday. 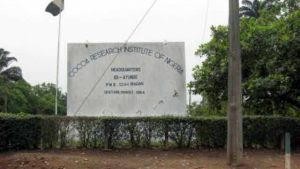 Welcoming the workers, Acting Executive Director of the institute, Abiodun Okelana, said their reinstatement was ordered by President Muhammadu Buhari after a thorough investigation by the Federal Ministry of Agriculture.
She assured them that the institute would enrol them into the IPPIS for the payment of their salaries.
Ms. Okelana also said that the institute would ensure that the salaries of union members which were withdrawn by the past administration, were paid back.
“We will still look into the issues of frivolous queries given to staff, by God’s grace every issue will be resolved and CRIN will bounce back,” she said.
The director stressed that the institute has a critical role to play in boosting cocoa and cashew production in the country.
She therefore urged the staff to jettison their personal interest and focus on the corporate interest of the institute and country in general.
“It’s time for us to focus on our primary mandate, which is to research.
“We are in the pivotal role to revamp the cocoa sector; we have various technologies on shelf which can help our country. 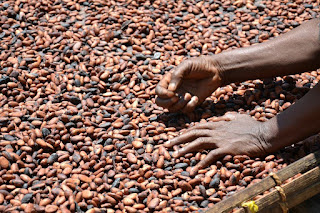 “Our hybrid cocoa is a landmark achievement, we produce about 300 tons per hectare, so the government should give us regular and timely funding to multiply the hybrids for new planting,” she said.
Mr. Okelana commended the president and the Minister of Agriculture, Audu Ogbe, for their intervention, which saved the institute from collapse.
She also appreciated the support of union and community leaders, for their efforts toward the reinstatement of the workers.
Mr. Okelana promised to reposition the institute to make it one of the best research centres in the country.

Institute to plant 84 hectares of jathropha

“Support From Government To Agricultural Research Is Limited”