Climate change also known as global warming refers to the rise in average surface temperatures on earth and as the global awareness and effects of climate change increases, so is the fear that wheat production which has become one of Nigeria’s agricultural mainstay is at risk as revealed by a recent study, Chika Izuora writes.

An overwhelming scientific consensus maintains that climate change is due primarily to the human use of fossil fuels, which releases carbon dioxide and other greenhouse gases into the air.

The gases trap heat within the atmosphere, which can have a range of effects on ecosystems, including rising sea levels, severe weather events, and droughts that render landscapes more susceptible to wildfires.
Fear is rife that agriculture sector is seriously under threat by climate change which is affecting wheat production.
Many studies have suggested that rising temperatures could be harmful to farms around the world, although there’s plenty of uncertainty about how bad things will get and which food supplies we should worry about most.
A new study by Nature Climate change reiterated concerns that wheat, the most significant single crop in terms of human consumption, might be in big trouble.
After comparing multiple studies used to predict the future of global crop production, researchers have found that they all agree on one point, that the rising temperatures are going to be really bad for wheat production.
Scientists use a wide range of techniques to make predictions about the future of the environment, including a variety of models and statistical analyses. Often, though, there’s debate about which technique produces the most accurate results.
The authors of the new study, who included dozens of scientists from institutions in China, the United States, Europe and elsewhere around the world, decided to compare three different methods used to assess the impact of temperature changes on wheat production.
These included a type of statistical analysis that relies on historical observations of climate and global wheat yields to make inferences about the future, as well as two different types of model simulations.
For the purposes of the comparison, the researchers focused only on the effects of temperature, without incorporating other climate-related factors such as rising carbon dioxide levels or changes in precipitation.
Specifically, all the techniques suggested that a global temperature increase of 1 degree Celsius would lead to a worldwide decline in wheat yield by between 4.1 and 6.4 percent.
The world currently produces more than 700 million tons of wheat annually, which is converted into all kinds of products for human consumption, including flour for bread, pasta, cakes, breakfast cereals and more.
A reduction of just 5 percent would translate to a loss of about 35 million tons each year and that could spell big trouble for the global food supply.
A new report from the United Nation’s Food and Agriculture Organization (FAO) projected that world wheat production for the 2016/17 year would hit 741 million tons, nearly 500 million of which is destined to be used directly for human consumption. 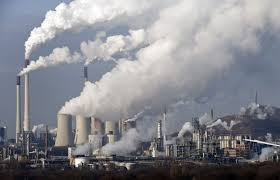 While global production of coarse grains, including corn, does outweigh the production of wheat, a significantly smaller proportion of it goes to human consumption worldwide, with the rest being used for animal feed and industrial purposes.
According to the FAO, global human consumption of coarse grains comes to about 200 million tons annually.
The various studies also produce similar findings on a country level for the world’s largest wheat producers, including the U.S., China, India and France.
For instance, all of the study methods suggested that China will see yield reductions of about 3.0 percent per 1 degree Celsius increase in global temperature while India was projected to experience much greater declines of about 8.0 percent.
In general, the results suggest that warmer regions of the world will experience the greatest temperature-related losses.
However, the agreement among the different study methods on exactly what these losses will be was less consistent for smaller countries than for the larger producers.
“The consistent negative impact from increasing temperatures confirmed by three independent methods warrants critical needed investment in climate change adaptation strategies to counteract the adverse effects of rising temperatures on global wheat production, including genetic improvement and management adjustments,” the researchers wrote in the paper.
There are still some major uncertainties, though. For one thing, the researchers note, the agreement among the different types of studies became less consistent above 1 degree Celsius of warming. And there was also less agreement at local and regional levels.
Senthold Asseng, a professor of agricultural and biological engineering at the University of Florida and one of the paper’s authors, also stressed the fact that this study only looked at the effects of temperature.
Future climate change is likely to include a wide range of other complex factors, he said, some of which may even positively affect crop cultivation in some parts of the world.
Research has suggested that rising carbon dioxide concentrations in the atmosphere, for instance, may enhance the growth of some plants.
“It might be difficult to understand that some of the factors might bring these numbers down, other factors bring them up,” Asseng said.
Whether the combination of all these factors translates to a net increase or decrease in production may vary from one location to the next. Generally, experts believe that climate change will have a negative influence on global agriculture, but the way that all the different climatic factors interact with one another in all the different regions of the world is still far from clear.
Finding better ways to account for these complexities in our models and statistical analyses will help scientists gain a better understanding of the interactions among various climate factors.
For the time being, though, multi-method assessments can serve as a good way to check on current assumptions about the future effects of climate change and can “improve reliability of the assessment of climate impacts on global food security,” the researchers write.
“It’s really about building confidence,” Asseng said. “And I think it’s a good way for the future to try to not just rely on a single method.