As the Federal Government renews focus on agriculture as a viable alternative to crude oil, international wealth advisor, chairman of the Advisory Board of the African Wealth Report (AWR) and investor, Mr. Olusegun Paul Andrew, in a recent chat with select journalists in Lagos, outlined the huge potential in agri-processing to generate huge foreign revenue, create employment and contribute to the economy, which is still reeling from a fall in global oil prices and revenue. Abimbola Akosile captures his views

Can you tell us about yourself and the potato farm project in Kaduna and Plateau States, with its potential impact on the Nigerian economy?

I work for BlackPace, an investment firm in the Netherlands and Switzerland. What it has done is to partner a local brand called Vicampro Group. Vicampro currently owns 7,500 hectares of land in Manchok, Southern Kaduna and Vom in Jos. Jos potato farm is 800 hectares fully and privately owned by Vicampro Group and they have planted 220 hectares potatoes and are increasing that. We also have a processing plant to be set up in Manchok which is going to be on five hectares of land.

The processing plant is going to be the largest in sub-Saharan Africa with a capacity to produce close to 60,000 tonnes per annum of French fries and potato flakes. That will apparently handle local consumption in Nigeria and will export to neighbouring countries as well as other countries within the sub-Saharan region. We have arranged the investment plan, and the total cost to put the facility in place is 35 million Euros (about $45 million) which is already signed. The plant is being manufactured by Kiremko. It is one of the largest potato French fries, flakes plant manufacturing firms. So, what they do is that they manufacture the industrial plant and they also support the manufacturing chain by supplying all the technical bits you need in the process. So, we have reached an agreement with them to manufacture this plant.
The plant is industrial in scale. Vicampro has already started planting the potatoes in readiness for when the plant is set up. It will take one and half years to build. The plant will do 5,000 kilogrammes of potatoes, French fries a day up to 40,000 to 60,000 tonnes per annum as a turnkey project which is what we are looking at. But in the initial first year, beginning from late 2017 to early 2018, we are looking to produce 15,000 to 20,000 tonnes. Currently, what is imported into Nigeria is between 40,000 and 60,000 tonnes. Because, actually what we eat here, about 90 to 99 per cent of all the French fries are imported from South Africa, Belgium and the Netherlands as well. And I know it is like an annual importation of close to $250 to $300 million which definitely we will save for the government and that also will increase the foreign exchange earnings.
The revenue stream from what we do; I mean, we’ll earn foreign exchange to the tune or excess of $60 to $70 million per annum, at least, in the first two, three years. And that will increase as we increase the capacity and that also will create additional jobs to 500 direct hands and 5,000 indirect jobs immediately within the next 18 months from now. The potato value chain is actually what we are after and that is why we bought into the farm; 100 per cent owned and (acquired). So, it is our own way of changing the economic landscape of Nigeria. While making Nigeria a robust agricultural economy, we are lending support to government’s economic blueprint for a sustainable and diversified economy. Vicampro Farm project will in the long run, inject about 50,000 jobs into the economy and also increase economic activities in the retail end of the economy.

Why do you think agriculture it is the way to go at this moment? 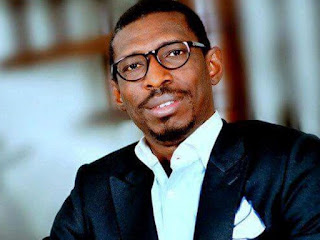 Agriculture was a very serious venture in Nigeria before we discovered oil. The west was known for cocoa; the North for groundnut; the East for palm oil. That was actually what Nigeria was surviving on until Shell discovered the black gold and we all abandoned agriculture. And unfortunately, we have not been fortunate with quality leadership; they killed the transportation system that could have supported agriculture, and other critical sectors that should be allowed to take root. Right from independence in 1960 down to the present moment; we’ve been struggling to get it right. Leadership has remained an issue but that has to change. So our approach to the potato project is unique and strategic to the economy.
Government has been mouthing agriculture, but it appears things are not even done the right way to achieve the desired result. What do you think should be the proper approach to drive the policy?
There is no project that does not require foreign investment. What is required is to have the right people with the right mind to drive such policy. It also requires people to have investment appetite; people who understand what is needed to be done to make our economy robust. Things must be properly put in place to attract foreign investments. I am into the potato farming project because I have seen what the local people are doing and I want to support their drive. I personally signed the MoU with other partners. I guaranteed the loan for the investment.

How do you protect the farms from the herdsmen and their cattle?

What we have done to secure the farm is simple and common sense. We dug about 5-6 feet trench round the farm. Someone suggested we should use electric barbed wires to get the herdsmen to pull back, but you know that by the time 10 or more of their cattle plunge and die in the trench, they will be forced to pull back. It is common sense. That’s what we have done stretching up to almost 15 to 17 kilometres and it is cost-effective and also of huge benefit to us in the irrigation system.

How long does it take potato to mature?

Well, we harvest four times a year; that means every three months. Whatever is planted is harvested for instance, one is going to be harvested this August.
Can we know the cost implication of your investment in the farms?
In Jos, currently we have done close to $20 million. Kaduna is going to do, with the processing plant and the farm, we are looking at additional $60 million, so, on the whole, we are looking at $80 million.

How do you protect your investment, especially when the processing plant is in place?

We have asked the government of Kaduna State to provide a kind of security. The state also will help in the area of power because we’ve got to tap into the grid. We are in touch with General Electric and they said they have a place in Kaduna, so they are advising on that, including the use of solar system. You know Southern Kaduna is a hot spot; so they’ve got to reassure us of adequate security and protection for our investment there, and the government has made a commitment in that regard.

“The processing plant is going to be the largest in sub-Saharan Africa with a capacity to produce close to 60,000 tonnes per annum of French fries and potato flakes. That will apparently handle local consumption in Nigeria and will export to neighbouring countries as well as other countries within the sub-Saharan region”