In a bid to underscore the importance of diversifying the economy and  attracting more industries to Anambra state, Chief Willy Obiano has confirmed that the  concise Economic Blueprint, made up of The Four Pillars of Development; including Agriculture, Industrialization, Trade and Commerce and Oil and Gas he developed on assumption of office has started yielding dividends. 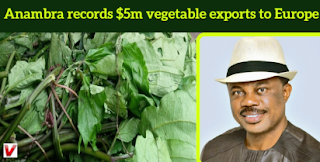 The governor who spoke in Abuja in an interactive session he had with the People of Anambra living in the North central part of the country at the Transcorp Hilton stated that the state is now a socially stable, business-friendly environment attracting both indigenes and foreigners to seek wealth-creating opportunities.
To this end, he told the audience which included the Obi of Onitsha, Igwe Alfred Achebe, Dr Oby Ezekwesili both PDP and APC members of the National Assembly, former Governor Chinweoke Mbadinuju and several others that Anambra State Investment Agency, ANSIPPA, charged with the mandate of attracting and fast-tracking investments in the state has so far attracted over $4.2 billion deals to the state.
The latest investment he confirmed was sealed on Tuesday last week with Zolt Energy Limited to build a 40 megawatts Embedded Power Generating Plant in Ogbaru.
When completed in the next 18 months as scheduled, all the power generated from it will be distributed mainly in Anambra State.

On the state of agriculture, Obiano who was giving a score card of his two and half years stay in office disclosed that “in January this year, Anambra made headlines when it became the first state in Nigeria to export vegetables (Ugu and Onugbu) valued at $5million to Europe. At the same time, our locally produced brand of rice known as Anambra Rice recently emerged the Best Rice in Africa at an African Products Forum in Lagos. Anambra Rice was adjudged better and more wholesome than other competing brands from South Africa, Egypt, Ghana, Morocco, Namibia and Cameroon.”
Our agricultural sector has also attracted investments from 7 companies valued at $1.011bn while the large industrial farms have pushed our local rice production from 90,000 metric tons to 210,000 metric tons. At this rate, we shall soon surpass the 320,000 metric tons we consume in Anambra State per annum”
Obiano told the capacity crowd at the Congress Hall that the Oil and Gas Advisory Committee headed by Dr.Emmanuel Egboga, the former Special Adviser to the President on Petroleum Matters has been charged with drafting a comprehensive Blueprint for the Oil & Gas sector and advising the State on the necessary steps that would ensure the recognition of Anambra as the 10th Oil Producing State in Nigeria.

AgroBusiness Times - March 2, 2016 0
How to make Groundnut Cake? Boil gently until most of the water evaporates and the sugar solution becomes concentrated. Description Made from roasted groundnuts and sugar. READ...

Lagos to introduce re-usable plastics for vegetables in 2019