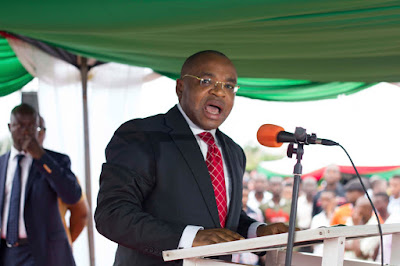 Governor Udom Emmanuel of Akwa Ibom State, has said that his administration is pursuing vigorously, an aggressive agricultural revolution for all- round food production and sustainability to feed the people.

Governor Emmanuel who made this known weekend in a message to the citizens  on the occasion  of  the 29th anniversary of the state, explained that his government has made significant strides in the agricultural sector through the introduction of hybrid crops and seedlings for farmers.
He said no nation develops in a sustainable manner if she cannot conquer hunger.
“With the investments we have made in agriculture and the FADAMA Projects, we are hopeful that in the next few months, prices of food in Akwa Ibom State would be one of the most affordable in the nation.
“God knew that a time like this would come and has been benevolent to Akwa Ibom by blessing the state with rich, natural endowment and human potentials which attest to the fact that right attitude and creative skills are needed to harness the natural resource for employment generation and wealth creation,” the governor stated.
He said he had contacted a German firm to partner the state in the out-growers scheme to buy produce at international price index and urged the people to go into cooperatives to enable them benefit from the scheme. 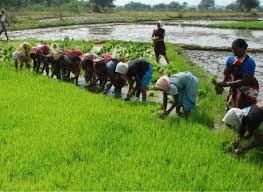 He announced plans to import the best variety of corn seedling to replace the old seedlings, saying that a United States- based firm, Musanto will carry out the shipment and that the variety has more starch which would enable pharmaceutical firms to use it in their productions, while thanking the ministers for their spiritual support to the state.
Governor Emmanuel said that in the course of making the state a better place, his administration has embarked on several projects and there are more in the pipeline.
According to him, education remains free and compulsory at the basic level and there are no plans to introduce school fees.
He said that his administration  is committed  to ensure that students receive the best education  that they possibly can get and at the same time, their parents have choices of either sending their wards to boarding schools or utilise other means to educate their children which may be less expensive.
The Akwa Ibom State governor appealed to those who still see the state as a fragmented society to imbibe the cherished ideals of unity, brotherhood, love, resilience, faith, prayers and courage and make these the building blocks of the new Akwa Ibom.

some alternatives to water shortages in India, the US and South Africa

AgroBusiness Times - March 6, 2017 0
Ever wonder how to break though yield barriers? Or maybe how to tweak your crop rotation to make sure it’s firing on all cylinders?...