Good farm hygiene and animal health practices can greatly reduce the need to use antimicrobial medicines, the UN’s Food and Agriculture Organisation said in its new Action Plan on Antimicrobial Resistance. 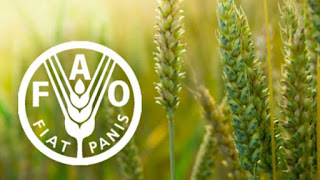 FAO pledged to help countries develop strategies for tackling the spread of antimicrobial resistance in their food supply chains, as governments prepare to debate the emerging challenge posed by medicine-resistant “superbugs” next week at the UN General Assembly.
The significant risk to human health posed by antimicrobial resistance and its connection to and impact on agriculture will be discussed at a high-level UN event on September 21st in New York.
According to FAO’s Action Plan: “Antimicrobial medicines play a critical role in the treatment of diseases of farm animals and plants.
“However, the misuse of these drugs, associated with the emergence and spread of antimicrobial-resistant micro-organisms, places everyone at great risk.”
The organisation stressed the importance of anti-microbial resistance in farming and aquaculture systems, where anti-microbial drugs are used for treatment and prevention of disease, and still commonly in growth promotion, even though this is increasingly discouraged.
Current antimicrobial use in agriculture runs over 60,000 tonnes per year. With demand for animal-sourced food products projected to grow steadily over the coming decades, the use of antimicrobials will continue to rise, FAO says.
Two-thirds of the estimated future expansion of antimicrobial usage is expected to occur within the animal production sector, with use in pigs and poultry is set to double, according to one international study published by the US National Academy of Sciences.
FAO said that the fundamental way to address resistance in food and agriculture is to adhere to best practices for hygiene, biosecurity, vaccination and animal handling, which reduces the need for antimicrobial medicines in the first place.
The organisation is aiming to help governments put in place national strategies for tackling the issue in their food and agricultural sectors by mid-2017.

AgroBusiness Times - December 29, 2014 0
Brands live in a world of ever-changing expectations. Differentiating your brand by building and keeping trust and loyalty among consumers is increasingly dependent on...

With ABP rice pyramids, Kebbi steps up as main hub of rice production

Women in Agriculture: ‘How tech background has helped me as a farmer’