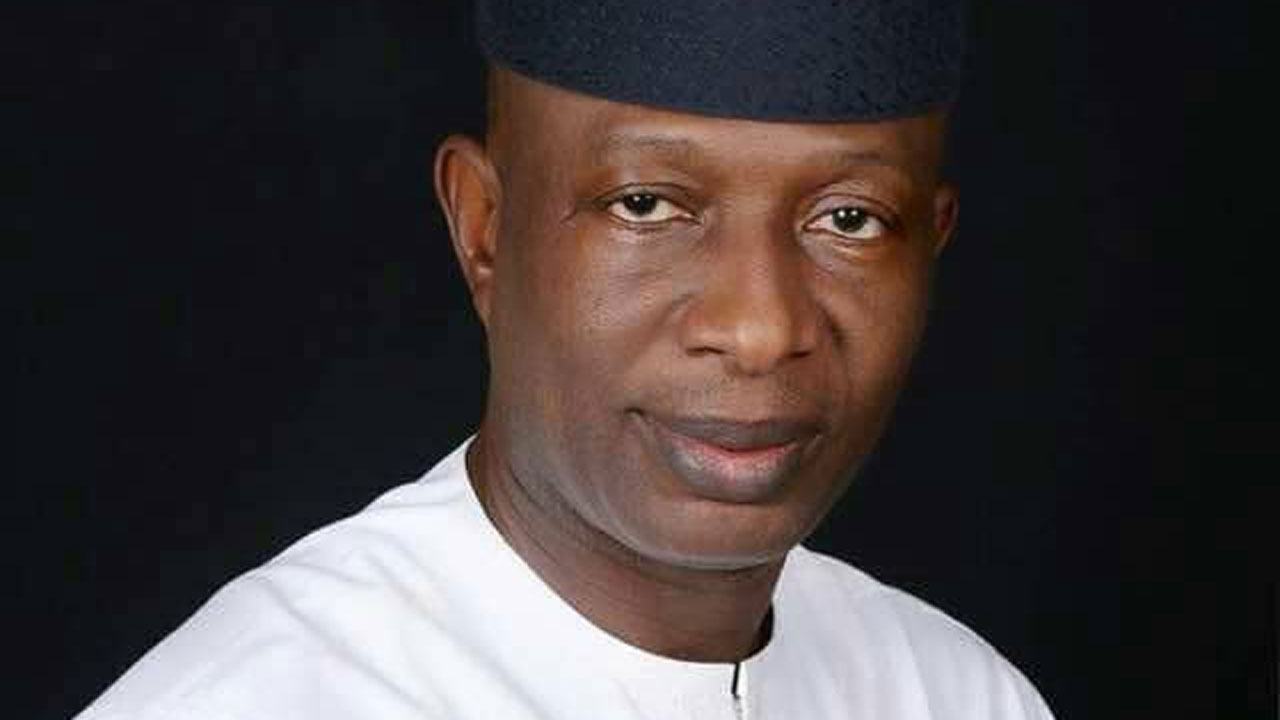 Contributions to sustainable and environment-friendly agriculture?
Let me start by saying that issues are emerging and we are also working. On our contributions to the agricultural sector and the economy, here we are practising agro-forestry. Why do we come up with this? Agriculture is also seen as a contributor to land clearing activities which are inimical to the ecology, contributing negatively to the climate change. In Africa, we practise extensive farming, not intensive one. The land that we are using to produce, for example, one tonne of agricultural produce, one third of it, if produced intensively, would have produced one to two tonnes.

Producing intensively?
The best way to go about it is to reach out to the farmers and educate them about the technologies the researchers have developed, in terms of inputs, varieties, timing, techniques and others that should go into the farm practice. It is better to combine arable crops with trees that are not arable. Arable crops are annual crops like cereals, beans, and so on. We are suggesting that they combine them.
If a farmer is cultivating 10 hectares of land, the first thing is that he wants to clear the land, and in clearing, he removes every tree standing. This is inimical to the ecosystem, and it contributes negatively to the climate change. But when you combine trees and arable crops, you are not going to lose anything.

Fixing food-environment conflicts?
The best way is to combine arable with trees. The model has always been there, but the farmers would say they could not wait for the tress to bring returns after 25 or 30 years. But the good news is that FRIN has worked on about 10 Nigerian indigenous trees by shortening their gestation periods from 25 to 30 years the wild varieties would take to fruit to a maximum of seven years.
This bitter kola sample you see here on my table, for instance, will take up to 30 years in the wild variety to fruit, but it can fruit in three years now. To even raise it was a problem because it could not grow directly under the sun in its wild form. It could only grow under the shade of other trees, like cocoa. But now, it grows directly under the sun ray.

If you intercrop bitter kola trees with beans or maize, in the first three to five years, you will still use the land for arable farming, and in five years, the returns on the economic trees will start flowing in. The economic trees will give you the minimum of 50 times of the arable crops.
Whatever you get from bitter kola trees would be far better than maize or beans. And by the time they form canopies, you could be getting some rewards too. We are coming to an era where carbon trading will pay off. For instance a farmer may be paid for having a number of trees per hectare of land. Cross River State was paid some money for keeping forest. It can extend to individuals. However, we must intensify the campaign to let the farmers know that it is not always the best to clear the land.

Other economic trees farmers can intercrop with arable crops?
Farmers can plant as many as possible, especially the species endemic to their geological zones. Shear butter trees are there, but if somebody in Port Harcourt plants them, they would be greenish and leafy, but might not do well in fruit bearing. Ecological wise, shear butter trees are endemic to the North-Central zone. So, they would do better in Kwara, Kogi, Niger, Nasarawa and the surrounding states.

Controlling charcoal production and export to save the forest and the climate?
Charcoal is supposed to be a blessing. I mean a source of foreign earnings to Nigeria if done well. In all the developed economies where charcoals are produced and used, the production is well coordinated.

How other countries do it?
The government should set up a council to coordinate the activities of all those doing the business of charcoal production. If you register with such a council as a charcoal producer, and your consumption is estimated to be one hectare of a particular species of trees, you are expected to know the maturity age of that species. Let us assume it is 20 years the trees will take to mature. And you use one hectare per year, you are expected to have at least 20 hectares of such a tree. If you take one hectare per year, before you come back in 20 years, the first hectare you harvested would have reached maturity. In this case, no negative impact will be felt on the ecosystem.

However, I can tell you that more than five state governments have invited us to help them stop charcoal production. We also do explain to them that production of charcoals should not be seen as completely negative; that they can earn from it if managed as we recommend. Charcoal producers would have to register and start the plantation project.

Tracking down charcoal producers in the forest?
I can assure you that the government is on top of this. At least, I have attended two or three meetings where the minister of environment gave the directive and the policy department in charge has commenced work on it.

In principle, you can hardly find charcoals leaving the country because of the steps the government has taken to stem the menace of wanton production and export.

Charcoals are still being exported?
I can assure you that exporters are facing frustration now. You can crosscheck. I know you will get back to me to tell me they are being frustrated. I know steps are being taken and the policy department of the ministry is also working.

This is the first time that funds would be set aside for reforestation. In the year ending, we have been able to plant over 800 hectares of land. If added to the already covered land, we have over 5 million hectares that are forest-covered now.

From 4 million to 5 million is a major leap. If we sustain that for five years, we will be 10 million hectares forest-covered. We are not talking of vegetation cover, but real forest cover. People are planting, but it takes somebody who is interested in ecology and environment issues to gather information.

Benefits of agro-forestry?
When you talk about tree planting or the environment, we tell you three benefits from it. There are environmental benefits, social impacts and economic impacts. The economic aspect has made us to come up with the green economy projects, and is embraced by the United Nations Educational, Scientific and Cultural Organization (UNESCO).
We are training other five countries around the Lake Chad on that soon. UNESCO is going to bring them here for training. They will go back and train their people. The project’s objective is to do ecological restoration of the Lake Chad.

The problem is that the ecological activities in that area had been negative, because the economies of the people around it are poor. For restoration of that ecosystem, we must first engage the people to avoid depletion of the ecology. We are engaging them in what we call a green economy. This will restore the ecosystem, and at the same time benefit the inhabitants.
The green economy enterprises that we can derive from the zones include bee keeping, snail farming, rabbit farming, cane rat, fishery and livestock farming integration. In Omo, Ogun State, we have a good example of the green economy. That is what UNESCO sees that arouses their interest in the project.

AgroBusiness Times - February 19, 2017 1
INTRODUCTION: Egusi Melon Farming, also called “wild watermelon,” is grown throughout Nigeria and Congo for its seeds, which are high in protein and carbohydrates....

Poultry Industries Closing Down Due To Shortage Of Maize