Prof. Danbala Danju, Managing Director, Bank of Agriculture (BOA), has called for proper funding of the agriculture sector, if it must be the option to Nigerian economy.

Danju made this call at the All Nigerian Editors’ Conference (ANEC) in Port Harcourt on Friday.
He noted that the agricultural sector had been starved of funds, adding that the BOA had existed for 43 years with very limited fund.
According to him, there is need to increase allocation to the agricultural sector of the economy to boost production.
“Agric as critical sector is being starved of fund to achieve its viability; as an option to drive the economy, the sector must be adequately funded.
“Finance is the hallmark of every business. The amount allocated to agriculture is low compared to manufacturing sector,” he said. 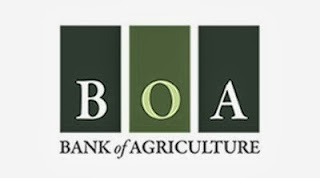 Danju said a clear example in the allocation to agriculture in 2012 was 3.9 per cent of the nation’s annual budget.
He noted that there were challenges facing agriculture in the country, listing some to include, poor infrastructure, lack of credit facilities, use of local tools, flooding in the south and desertification in the north.
The managing director said Nigeria’s food consumption was 4.9 per cent, while production stood at 4.4 per cent, adding that the country did not feel the impact of food importation because of oil revenue.
He noted that the farming population were subsistent farmers, and aging hence the need to involve the youths in farming.
The managing director noted that Nigeria has agricultural potentials such as expanse of land and human resources among others that could be utilised to make it a workable option.
He urged Nigerians to produce enough food to achieve food sufficiency, and export the excess to earn revenue for the country.
“Export is like economic war among nations. Our agricultural produce must penetrate many foreign markets for the war to be successful.

Danju said the bank’s staff also needed to be trained in modern banking practices to be able to deliver the bank’s mandate.
He said that the new management of the bank was trying to review, recapitalise and change the bank to align with the best practice.
According to him, the bank is trying to collaborate with the Central Bank of Nigeria (CBN), African Development Bank (AfDB), Islamic Bank, state governments to set up special windows for women in agriculture, particularly at the agricultural value chain levels.
He said the bank was planning to reach the underserved by establishing branches in all the 774 Local Government Areas in the country and using technology to reach more people.

AgroBusiness Times - February 3, 2016 0
The Nigerian economy which had hitherto been dominated by the crude oil resources needs urgent diversification. Bamboo offers the economy one of the most...