The major milestone recorded in the agricultural sector during the first tenure of Governor Jonah Jang was the establishment of Agricultural Services and Training Centres (ASTCs) through a Joint Venture Agreement between the Plateau State Government and SEC Equipment & Communications Nig. Ltd, signed on 29th May 2008.

The main reason behind this initiative was to introduce principles of commercial agriculture in a rural subsistence agricultural setting through provision of comprehensive, proven and state-of-the-art agricultural services to the farming community in Plateau State. 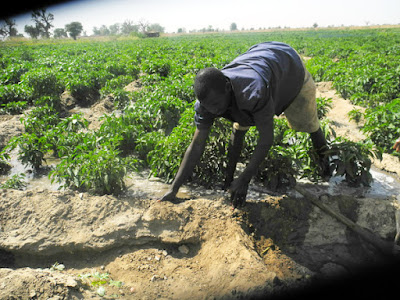 Three of the ASTCs (One per Senatorial District) have so far been set up:

Embedded in the agreement are four (4) commercial agricultural projects: 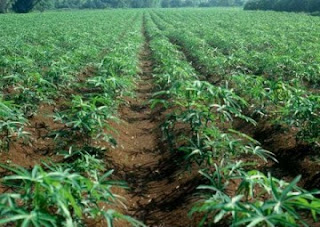 Because of the high quality of services being delivered by the ASTC, the demand for services far outweighs the capacity. This has caused government to approve the acquisition of additional 150 tractors and implements, thus doubling the number of tractors per centre.
The ASTC concept has fitted very smoothly into the agricultural transformation agenda of the Federal Government.
One Year achievement of the Ministry of Agricultrue

The stakeholders in this committee include:
– Federal Government Agencies in the State;
– State government;
– ASTC

B. The Ministry also identified all Agricultural projects in Plateau State and developed business plans for several projects; in particulate are: 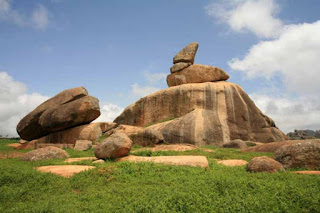 The programmes are expected to: 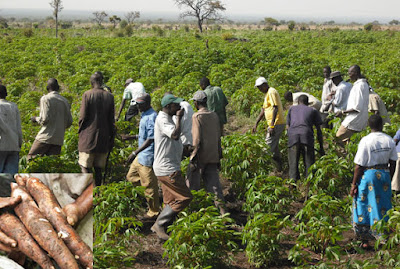 • Improvement of information flow within the Ministry through enlarged management meetings; regular briefings on projects implementations; production and circulation of minutes of all meetings and regular departmental meetings.
• Improved inter- ministerial linkages and information flow through: formation of several inter – ministerial committees and hosting of several meetings;
• Involvement in, taking ownership and responsibilities of all projects by all staff;
• Computerization of key offices and registries;
• Generation of new ideas and concepts at all levels;
• Establishment of a Ministerial Revenue Committee;
• Establishment of Committee on Youth Agricultural Programme

1. Release of Counterpart funds to fadama II & III programmes (over N40m);
2. Release of N28m to Plateau Agricultural Development Programme for procurement of farm inputs;
3. Support of N400,000.00 to the Horicultural Division to raise economic tree-crop seedins for sale to the public and improve on revenue generation;
4. Loan of N2m to PAMSCO as support to effect repairs and purchase of implements for their tractors which will be mobilized to cover the southern Senatorial Districts this farming season.
5. College of Agriculture, Garkawa

E. Return of Home Economics Department to Ministry of Agriculture

After about two years in the Ministry of Women Affairs the department has been returned to the Ministry of Agriculture where it is more relevant by contributing to the value addition/value chain approach to agricultural enterprises in the state.
The department is already participating in UNICEF foods and nutrition programme in partnership with the Ministry of Health, Plateau State Planning Commission and the state Primary Health Care to encourage preventive nutrition.

Early 2012, Nigeria’s border in the northern parts of the country were ordered shut by President Jonathan as part of a wider security plan to stem the tide of violent terrorist attacks in many northern states, including Plateau. As a result, Plateau State experienced an unprecedented egg glut, which left farmers storing eggs for over one month, leading to economic losses. Consequently, the government of Plateau State approved the mopping up of eggs with a grant of N30m. Following the intervention, the egg market stabilized in less than one month, thereby preventing the collapse of an over ten billion naira poultry business in the state.
In order to consolidate the state’s rural poultry, the Veterinary Services Department of the Ministry will undertake, in collaboration with the local governments, a state- wide vaccination campaign against new castle disease. The disease kills large number of rural chickens especially during the harmattan months.

Officials of the Ministry have attended several meetings, workshops and the 2012 National Council on Agriculture to address the agricultural transformation agenda which aims at changing the view of agriculture as a development programme to agriculture as a business.
Agricultural business potentials can easily be realized through the determination of the value chains for each crops or agricultural product.
To support the determination of value chains, the Federal Ministry of Agriculture and the Central Bank of Nigeria have put in place the Nigeria Incentive- based Risk Sharing System for Agricultural Lending  (NIRSAL) to encourage commercial banks provide funds for agricultural activities along the established value chains.
Several missions from the Federal Government have been hosted in Plateau State as evidence of the state’s willingness to key into the agricultural transformation agenda.

The Plateau State Government has signed an MOU with the Federal Government of Nigeria for the implementation of the growth Enhancement Scheme, which involves:

About 150,000 farmers have so far registered under the scheme in the state. Each farmer will benefit in this first year of the scheme by receiving 2 bags of fertilizer at 50% subsidy, 25% by the Federal Government while Plateau State will bear 25% of the cost of each bag.
It is expected that in subsequent years the quantity of fertilizer per farmer will increase and it is hoped that more farmers will register under the scheme.
In 2012, 150,000 farmers X 2 bags of fertilizer = 300,000 bags or 500 trucks
Compared with 94,500 bags or 157.50 trucks distributed by ASTC/Fadama III in the preceding year.
With Improved (high yield) seeds and adoption of good farm management practices the 2 bags of fertilizer can give yields of maize on ¼ of a hectare of up to 20 bags.
Fertilizer distribution in the state has been radically transformed so that distribution of fertilizer was by agencies that deal directly with farmers:
ASTC – 68%
PADP – 20%
FADAMA PROGRAMMES – 12%

A core investor has been identified by the NIRSAL office and discussions will soon commence so that an MOU is signed to pave way for substantial investment.
Panyam Fish Farm:
An inter-ministerial pre-consultancy committee has been inaugurated to define the general nature and scope of the work to be undertaken to revamp the project. Members of the committee cut across relevant agencies and stakeholders – Ministries (Work, Tourism), Mangu Local Government Council and the Panyam Community.