Odedina disclosed this in Akure on Wednesday at the occasion of Cassava Adding Value for Africa Phase ll (CAVA ll) Project’s International Farmers’ Field Day on cassava production enterprise.
He said the college would support the Federal Government`s investment in agriculture, aimed at employment generation, food security, poverty alleviation and provision of raw materials for industries.
“We have four African countries with an investor that are partnering with us on Cassava Adding Value Chain for Africa phase ll (CAVA) to include Malawi, Ghana, Uganda and Tanzania and Bill Melinda Gates Foundation.
“The programme is to showcase the positive effect of best/recommended practice in cassava production enterprise.
“The national average yield is about 8-10 tonnes/hectares, farmers can obtain up to 20-25 tonnes/hectares if trained; these are far below the potential of the crop if well managed,“ he said. 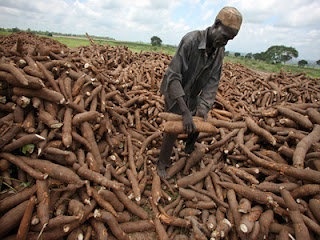 The provost opined that farmers and investors would witness an unprecedented yield in cassava up to 50-60 tonnes/hectare, saying this would be achieved through crop management option that are within the reach of the farmers.
He expressed the hope that the steps being taken would lead to increase in production at low cost as well as encourage youths to embrace agriculture.
According to him, the college is grateful to cassava Adding Value for Africa phase ll (CAVA) Project and its donors, Bill & Melinda Gates Foundation, for tapping into college experience in cassava sector in uplifting its project.
He noted that the college had joined a high yielding and disease-resistant varieties with modern technology of cassava processing, which are meant for farmers and processor in Ondo State and surrounding states.
“Over 40 per cent of 8,500 vocational training graduates in recent years have benefited from the college experience in cassava value chain opportunities, “ he noted. 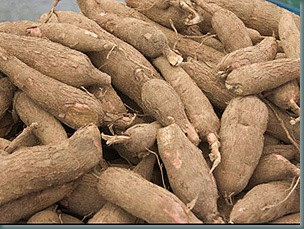 Mr Tony Ijala, who led a team of delegates from Uganda, said that the new technology idea gathered in Nigeria would be fully implemented in his country.
He said that the technology would improve cassava production in the east African nation.
Ijala, who stated that Uganda has a lot of challenges which include tackling cassava diseases, added that Nigeria has always been of assistance to Uganda.
Also, Mrs Chikumbeni Grace, who led the team from Malawi, lauded the programme and promised to take the new idea to her country.
She expressed the hope that the new idea would assist Malawian farmers to increase their output in cassava production.