Adamawa State Agro Business Investment Opportunities , Adamawa State has an agro-based economy with over 50 per cent of the populace actively involved in farming.

The agricultural sector occupies an important position in the state’s economy, employing a large percentage of labour, the exploitation of which has greatly contributed to the development of the state.
The climate is essentially tropical in nature comprising distinct dry and wet (rainy) seasons. The food crops produced in the state are mainly cereals such as maize, rice, and sorghum and roots and tubers such as sweet potatoes, cassava, and to a lesser extent, yams. Others include legumes and pulses such as cowpea, bambara, groundnut, and soya beans as well as vast gardens in the various irrigation sites.
The state is endowed with the production of onions, lettuce, tomatoes, pepper, spinach, rosselle, kenaf etc.
The major cash crops produced include groundnut, cotton and sugar cane as well as several food crops that include; rice, maize, millet, cowpea, bambara nuts, cassava, yam, sweet potato etc. As a result of the need to achieve food security and to chart the course of development targets to uplift the living standard of the people, agriculture in Adamawa State became an issue of immeasurable importance.
Adamawa State Agro Business Investment Opportunities, A great deal of livestock production is also undertaken to supply the state’s animal protein requirements. Animals such as cattle, sheep, goats, pigs, and poultry are reared for domestic consumption and commercial purposes.

Poultry production is undertaken in every part of the state, as the practice is acceptable to all the ethno-religious groups in the state. Though not much of industrialisation in the state, several industrial raw materials of agricultural origin are produced. The popular ones include sugar cane, cotton and groundnuts. This is evident around the location of industries like the Savannah
Adamawa State Agro Business Investment Opportunities, Sugar Company in Numan and Afcott in Ngurore, close to important areas for the production of sugar cane and cotton respectively which are the most important raw materials used by the companies mentioned here.
The genuine need for food and fibre in Adamawa State cannot be overemphasized and that is why agricultural production is a well-planned activity involving the use of land, labour and capital to achieve enhanced output.
Adamawa State is known for the availability of agricultural lands which further buttresses the reason why agriculture is the mainstay of the majority of the people of the state. However, most farmers are poor small-scale producers whose control of money capital is very limited hence they undertake agricultural production with low capital outlay, which does not allow for ‘growth and diversification of the farm enterprise.
Adamawa State Agro Business Investment Opportunities, There are a few large-scale agricultural outfits such as Sebore Farms and government agencies like the Adamawa Agricultural Development Programme (ADADP) and the Adamawa Agricultural Mechanisation Authority (AAMA) that operate with large and cost-intensive fixed inputs like tractors, combine harvesters, boom sprayers and- modern silos. 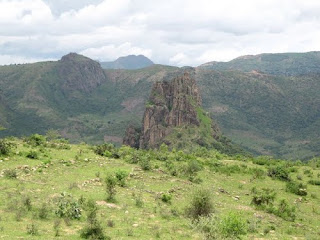 The government is making effort to modernise agricultural production, processing, storage and distribution through the infusion of improved technology and management so that the sector can be more responsive to the demands of development in other sectors of Adamawa State’s economy.
In this regard, the activities of the Adamawa State Agricultural Mechanisation Authority (AAMA) in hiring of tractors and other farm machinery and implements are noteworthy. Also, the efforts of the Adamawa Agricultural Development Progamme (ADADP) in rendering extension services, provision of wash boresand tube wells technology to boost dry season farming, as well as improved seeds and other farm inputs to farmers in the state, are in line with this objective.
The traditional agro-industries produce quite a number of processed products from agricultural raw materials. These include local magi (daddawa) from locust bean and soya milk from soya beans.
Others include the popular zobo drink from flowers of redsorrel vegetable, which is a dark-red liquid believed to have medicinal attributes. Other products from small-scale (micro) agro-industries in Adamawa State include Masa from white rice, Waina from cassava flour, Kosai from beans, Kuli-kuli from groundnut, Ridi-cake from beniseed and Fura from either millet or sorghum. 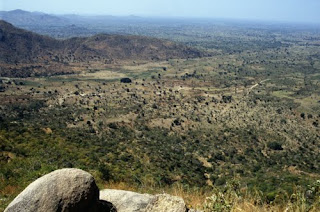 Fish is an important part of the diet of many people in Adamawa State. This makes the demand for fish to be consistently on the rise. As the population grows and standards of living rise, demand for diets which are rich in animal protein will also continue to rise.
To this end, there are tremendous potentials for increased fish production in Adamawa State which can be realised by improving the management of existing stocks, utilising unexploited stocks and exploitation of reservoirs.
Adamawa State Agro Business Investment Opportunities, The surge of interest and investment by small farmers in beekeeping and honey production reflects growing understanding of the various uses of honey and increasing demand from local and international markets.

One of the businesses an entrepreneur can easily start in Adamawa state is cattle rearing business. Although there Fulanis (Nomadic) whose occupation is cattle rearing, but you can move away from the norm of cattle rearing in most part of the northern states in Nigeria and setup your own cattle ranch.

The truth is that if you are successful in starting your own modern cattle ranch, you will attract customers from far and wide who would want to do business with you. Cattle rearing are a lucrative business to start because people would always demand for beef, milk and leather.

Groundnut farming is another very lucrative farming business to start in Adamawa state. Aside the fact that groundnut has great economic value; Adamawa has one of the most suitable land for groundnut farming. One good thing about starting a ground farm in Adamawa is that you will get a large portion of farm land at a very cheap price, and labor is also cheap too. People come from all over Nigeria to the North, Adamawa inclusive to buy groundnut. You can as well add groundnut oil production to your groundnut farm business.

Adamawa is one of the states in Nigeria where cotton are cultivated in commercial quantity. If you are an entrepreneur that is looking towards positioning a business for the future, then you can consider starting your own cotton production business in Adamawa with the aim of going into clothes manufacturing in the nearest future. It is indeed a viable business to go into, and the market is not just restricted to Nigeria, but other nations of the world.

Since Adamawa state is notable for agriculture activities, an entrepreneur looking for a business to do can conveniently start a food processing plant in the State. You can choose to go into milk production, beef processing, or malt production, et al. The bottom line is that you stand the chance to get your raw materials at a very cheap price and you can as well get cheap labor.

Rice is another cash crop that grows in Adamawa state. So, if you are looking for a business to go into in Adamawa state, you can go into rice farming. The good thing about rice farming is that you are going to get support from the government of Nigeria and there are large markets for rice in Nigeria because rice is one of the foods that are consumed all over Nigeria and even in the world.

AMID SUSPECTED HERDSMEN ATTACKS: Storm in Delta over mass transfer of police officers

AgroBusiness Times - January 17, 2020 0
If you are looking for an agribusiness to invest in and one that is highly profitable, in which you do not have to lose...

How To Grow Pumpkins For Profit

How To Harvest Rain Water For Agricultural Purposes