A consensus exists among value-chain drivers that almost every exported finished product uses some inputs which have an imported content. 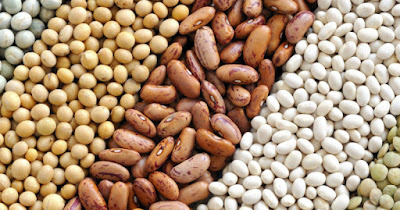 While this truism cannot be dismissed, the Nigerian economy, which has been caught in recession, needs to reduce its import bill by exploring more local content and value-addition. Such efforts require the nation linking its industries with the agric and explorative sectors for raw materials. FEMI ADEKOYA writes on why government needs to explore this alternative.
United Nations Conference and Trade Development  (UNCTAD) in its latest Trade and Development Report (TDR) emphasised the need for proactive industrial policies to encourage shift in employment and resources from low-productivity agriculture to higher productivity industrial and modern services sectors.
To achieve this, manufacturing activities play a key role in such processes, through the creation of formal employment, incomes and demand, and acceleration of productivity growth, which in turn further boosts incomes and demand.
However, many developing countries, according to UNCTAD, have not been able to develop sufficiently their manufacturing sector (experiencing a “stalled industrialization”) or have even endured a “premature de-industrialization” since the 1980s owing to a policy strategy centred on unilateral trade opening, financial deregulation and the retreat of the developmental state.
With growing inter-linkages where trade in intermediate products is growing faster than trade in finished products; common intermediate products are being used across industries; and value-chains are extending beyond products to include services component as well, stakeholders in the nation’s real sector believe there is more to be done beyond improving agricultural yields.
Indeed, UNCTAD noted that export-led growth is today more difficult, due to the fallacy of composition, weaker demand in developed countries and weak productive linkages in enclave-type export-oriented activities. Therefore, countries need to combine production for global, regional and domestic markets.
Acting Managing Director of Bank of Industry (BoI), Waheed Olagunju while emphasising the need for value addition and value chain development, said: “Agriculture was the main stay of the Nigerian economy, providing food for the populace, raw materials for industries and employment to over 60% of the population as well as contributing more than 50% of the country’s GDP at some point.
“The discovery of crude oil however led to the gradual neglect and relegation of the agricultural sector to the background. One of the outcomes of this neglect is the difficulty and inability of stakeholders in the sector to attract the required funding and financial assistance to grow their businesses as the sector is largely perceived as very high risk, hence banks reluctance to lend to it.
“Against this backdrop, the government has initiated efforts aimed at addressing the financing needs of the agric and agro-allied sectors with clear directives for the agencies to create a synergy towards realising government’s goals of making agriculture a catalyst for job creation, poverty alleviation and income generation as part of the inclusive growth strategies.
“What we are producing locally cannot meet the needs of processing firms for production on yearly basis. We are currently being told that we are not producing enough fruits in Nigeria that will sustain viable, commercial production of fruit juices in this country. This means there are a whole lot of demands to be met in terms of primary production. We need to roll up our sleeves and go back to the farms to produce a lot of these products to be processed for domestic and export markets.”
Indeed, MAN supported the position noting that local sourcing of raw materials as an alternative for foreign inputs for local production will further help to reduce pressure on the demand for foreign exchange in the country.
MAN President, Dr. Frank Jacobs, noted that with the present monetary policies, manufacturers need to consider available options in addressing present challenges.
Jacobs said given the challenges manufacturers are experiencing currently, there is a need for operators to pay greater attention to local sourcing of raw materials and to tune-up to the government agenda of backward integration.
“This action is indicative of the policy orientation of government and its aversion towards the importation of otherwise locally available inputs and items. This means that the time for increased local sourcing of our raw materials has come. MAN is in support of this proposition and going forward, local sourcing of raw materials should be our first consideration,” he added.
On policy recommendation, UNCTAD said: “The big investment push in developing regions remains one of the unfulfilled promises of the more open global economy set in place in the 1980s and 1990s; and after general growth accelerations at the beginning of the century, convergence is now losing steam with a more challenging international environment.
“To attain sustained and inclusive growth, countries need to adjust their policy strategies in order to advance structural transformation.
Structural transformation needs high levels of investment, but the profit-investment nexus has weakened in recent times.
“With the ‘shareholder primacy’ in corporates’ strategies and their increasing focus in short-term profits, corporations (especially in developed countries) have been increasingly using profits to pay dividends and to repurchase shares instead of reinvesting them in new plant and equipment, research and skill acquisition. Also in large developing economies the investment-to-profits ratio in leading firms has declined, as profits are increasingly reoriented to financial investment or repatriated by transnational corporations”. 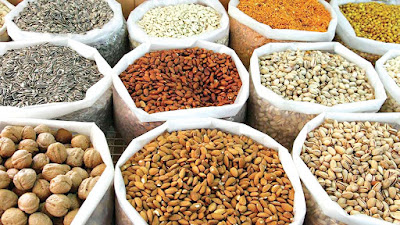 Identifying some of the critical issues to be addressed in order to set in place structural transformation processes, UNCTAD advocated an industrial policy. .
“An industrial policy does not consist only in supporting a number of key sectors to diversify and upgrade the economy, but also in the construction of linkages and capabilities to build a production base fit for purpose in a rapidly changing world, in which flexibility and policy space are key.
“Structural transformation requires a comprehensive policy approach. This includes strategic policies for international trade, pro-growth macroeconomic policies to ensure high levels of aggregate demand and a stable and competitive exchange rate and policies in support of the profits-investment nexus.
“Changing corporate governance and recovering public investment are needed to reinvigorate the profit-investment nexus and spur productive investment. Taxation rules can facilitate profit reinvestment and reduce incentives for debt financing, and should also address tax erosion that hinders public investment. The financial system should provide adequate credit and liquidity to small and medium enterprises.
“There is need for a strategic approach to international trade that will address with pragmatism, the choices of processes, products and markets, developing the production and learning linkages between the exporting sectors and the rest of the economy.
“Successful transformative experiences have demonstrated the capacity to develop institutions and rules and norms that provide a stable framework for economic activity while being flexible to respond to specific situations. These policies and institutions generally are part of a developmental state with a stable bureaucracy, closely connected to, but independent of, the business community”, it added.

States, LGAs urged to dedicate 5% of budgets to agriculture