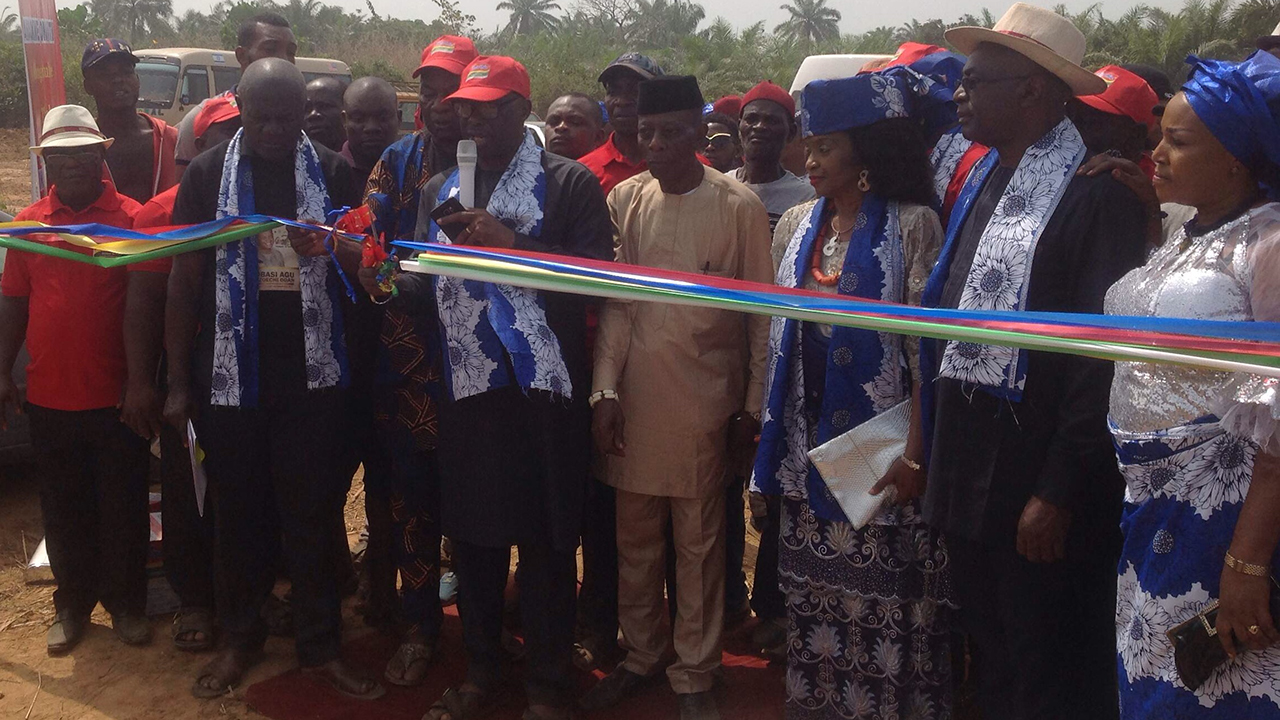 A 1040-hectare oil palm farm has been given by Amokwe and Okai villages of Item in Bende local government area to Dufil Prima Foods Plc to enable it source its raw materials.

The coming of this project is said to be timely following the time the Central Bank of Nigeria (CBN) reported directive to manufacturers using palm produce to explore available raw materials and establish their own plants for backward integration.

The Guardian gathered during the ground-breaking ceremony for the project on the last day of 2018 that both the palm farms and the factory would employ direct and indirect hundreds of workers in the villages.

According to Dufil Prima Foods Company Secretary, Mrs Nnenna Ejekam, who is a native of Item and played crucial role in attracting the project to her community, “there are three sides to the project namely acquiring the virgin land, the mill and leasing of existing palm trees from the communities. About 1,040 hectares of palm estates will be involved.”

Stressing the benefits of the project, the company secretary told Item people that by this project, seeds of prosperity were being sown in the era of technology. It would eliminate poverty, criminality, engage the youth gainfully and wealth would be generated.

In his remarks, the President-General of Item Development Association (IDA), Chief Kingsley Ogba Nwokoro, said that Item communities were elated with the location of the project, “hence our resolution to give it all the necessary support that can facilitate its take-off, completion and thereafter prosper as a business.”

While performing the formal ground-breaking, he said, “We love and welcome development and want more investors in our community.”

The choice of Item was, however, expected as historically the palm production and marketing was one of the major occupations of the people of Item.

“As far back as in the 1950s, we have developed skills in managing and promoting this precious resource and invested a great deal in it before the advent of crude oil.

‘How cost of fertiliser will drive food prices’

AgroBusiness Times - November 28, 2018 0
In many nations of the world, the agric sector has been proven to be one of the major income generators. As a matter of...

What to Feed Your Goats