1. WHEAT DROPS TO LOWEST IN 10 YEARS ON AMPLE WORLD OUTPUT 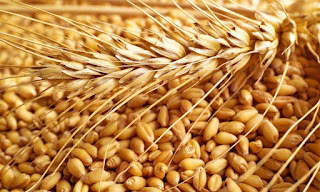 Wheat futures dropped to the lowest level in more than a decade on the Chicago Board of Trade on ample global supplies.
The International Grains Council last week bumped its forecast for production in the 2016-2017 marketing year to 743 million metric tons from a prior outlook for 735 million tons. The increase was due mainly to improved output in the U.S. and former Soviet Union countries.
The U.S. Department of Agriculture also has global output pegged at 743 million metric tons.
Consumption, however, also was bumped by the IGC, leaving ending stockpiles higher by a million tons at 229 million tons. The USDA said last month that inventories would total 253 million tons.
Wheat futures for December delivery lost 7¢ to $4.00½ a bushel overnight on the Chicago Board of Trade, while Kansas City futures declined 5¾¢ to $4.11 a bushel.
Corn futures for December delivery fell ¾¢ to $3.24¼ a bushel.
Soybeans for November delivery declined 3¢ to $9.64¼ a bushel, soy meal futures for December delivery fell 10¢ to $315.40 a short ton, and soy oil lost 0.36¢ to 32.99¢ a pound. 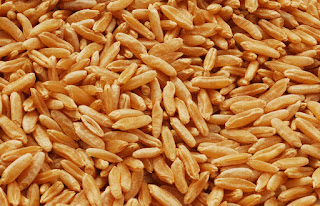 Speculative investors last week increased their bets on higher soybean and corn prices, partly expecting prices to rise as the Pro Farmer Crop Tour found less-than-expected yields.
Investors were right about one thing – yields were lower than forecast by the Department of Agriculture’s outlook in mid-August – but they were wrong in thinking that would boost futures. It turns out they weren’t the only smart ones, as farmers and traders both had expected yields to come in below USDA forecasts that, in turn, pushed down prices for much of the week.
Still, money managers boosted their net-long positions, or bets on higher prices, in soybeans by 28% to 113,446 futures contracts in the week that ended on August 23, according to the Commodity Futures Trading Commission. They lowered their net-short positions, or bets on lower prices, in corn to 158,486 contracts from 165,109, CFTC data show.
While corn and bean yields were pegged below what the USDA had forecast, production for both crops are expected to be records that likely will, at the very least, keep a lid on prices for the time being.

3. RAINFALL EXPECTED TO CAUSE LOCALIZED FLOODING IN ILLINOIS, INDIANA 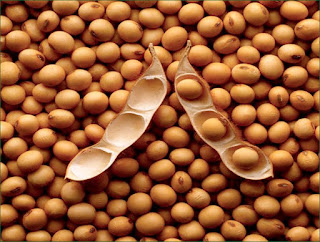 Some fields and roads are flooded in parts of north-central Illinois after showers yesterday caused some rivers to overflow their banks, according to the National Weather Service.
The rain is expected to continue today but will be lighter than it was yesterday. The additional rain, however, still could cause some flooding, the NWS said.
“Scattered thunderstorms are expected again today across portions of northern Illinois and northwest Indiana,” the agency said in a report on Monday. “The severe weather threat is low; however, storms will likely be slow moving and could produce localized flooding.”
Isolated thunderstorms are expected in Nebraska, Kansas, Iowa, and Missouri today, which could also lead to localized flooding.