In its determination to create livelihood for the teeming population and bring life to the rural communities, the Federal Government is set to establish skill acquisition centers across the country. 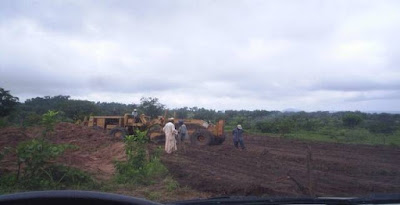 Minister of Agriculture and Rural Development – Chief Audu Ogbeh disclosed this during his meeting with the management of Triton Aqua Africa Limited, Nigeria led by its Chairman, Ashvin Samtani in his office in Abuja.
The Minister noted that with an anticipated increase in Nigeria’s population which he put at 500 million by the year 2050, there was need for governments to engage the teeming youths in agriculture by establishing skill acquisition centers across the country. He disclosed that the Federal Government had already acquired 100 hectares of land at Gaobe, in Kuje Area Council of the FCT for the establishment of the skill acquisition center in FCT.
According to the Minister, “The young people are not happy with us, we need to find jobs for them, the African economy is not doing very well, oil and gas will not employ a million workers at the best of time and we are heading for 500
million people in 34 years, these young people want to work. We have just acquired a piece of land at Gaobe, 100 hectares, we want to set up a training center in all kinds of agricultural fields and we are hoping we shall get the Songhai center to come in there and create training a center where we can engage young people and women in six months training for them to own their small operations”.
The Minister said he was very pleased with the Triton Aqua Nigeria Limited for their investments in the country and asked the company to render assistance in Agricultural Training Scheme apart from doing business with the country.
Chief Ogbeh who was disturbed by the shortage of protein in the diets of Nigerian homes, said the country needed to encourage local production of other species of fish aside cat fish and tilapia species adding that government would  continue to partner with research institutes and private groups to engage in massive investment in fish production.
He disclosed that the three universities of Agriculture would soon return within the purview of the ministry, saying that he foresaw a situation whereby every undergraduate in Agricultural science would own a farm and company in the nearest future in the country.
The Minister said the government of Nigeria would continue to render necessary assistance to Triton Aqua Nigeria Limited towards its optimal local production of fish.
Earlier in his message, the Chairman, TritonAqua Nigeria Limited Mr. Ashvin Samtani who led the delegation to the ministry, Mr. Ashvin Samtani said Triton Aqua group which has its companies spread across other countries like India and Ghana established its company in Nigeria in 1995. 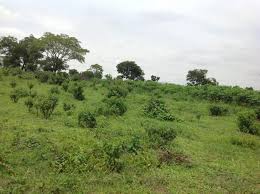 The Chairman said his company with a local production capacity of 70,000 metric tons of fish per annum  had created 3,000 jobs in the country adding that  if his company is given necessary supports by governments, it would save Nigeria 125 million dollars per annum in the next two to five years.
Mr. Samtani explained that as part of their contributions to the vision of the present administration in creating jobs, his company had signed a Memorandum of Understanding with the Oyo state government to help in training and employment generation for the youths in the state. He sought for more supports from the Federal government especially in allocation of land and water bodies for the expansion of their investments in the country.